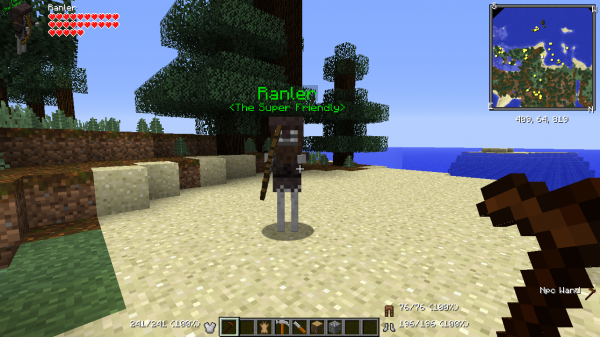 Minecraft Story Mode is here! But why stop there?

Why not create your very own role playing adventure directly inside Minecraft?

Today, we’re going to feature 3 awesome Minecraft 1.8 mods for role playing. These mods are best paired with your favourite other immersive mods.

Disclaimer: We hold no right nor take credit to the mods below.

Better PvP Mod by Xaero96 is an all in one mod that adds a whole bunch of useful features that are helpful for PvP and PvE survival/ hardcore.

The mini map works above and under the ground (cave display), and features toggle-able chunk grid and slime mode.

If you are familiar with Rei’s or Zen’s Mini Map then you’ll find yourself at home with this one as well. The map can also display entities as well direction, and can be used to place way points which can be teleported to if you have the necessary permissions to do so.

In addition, the mini map will also display the last known location where the user died. 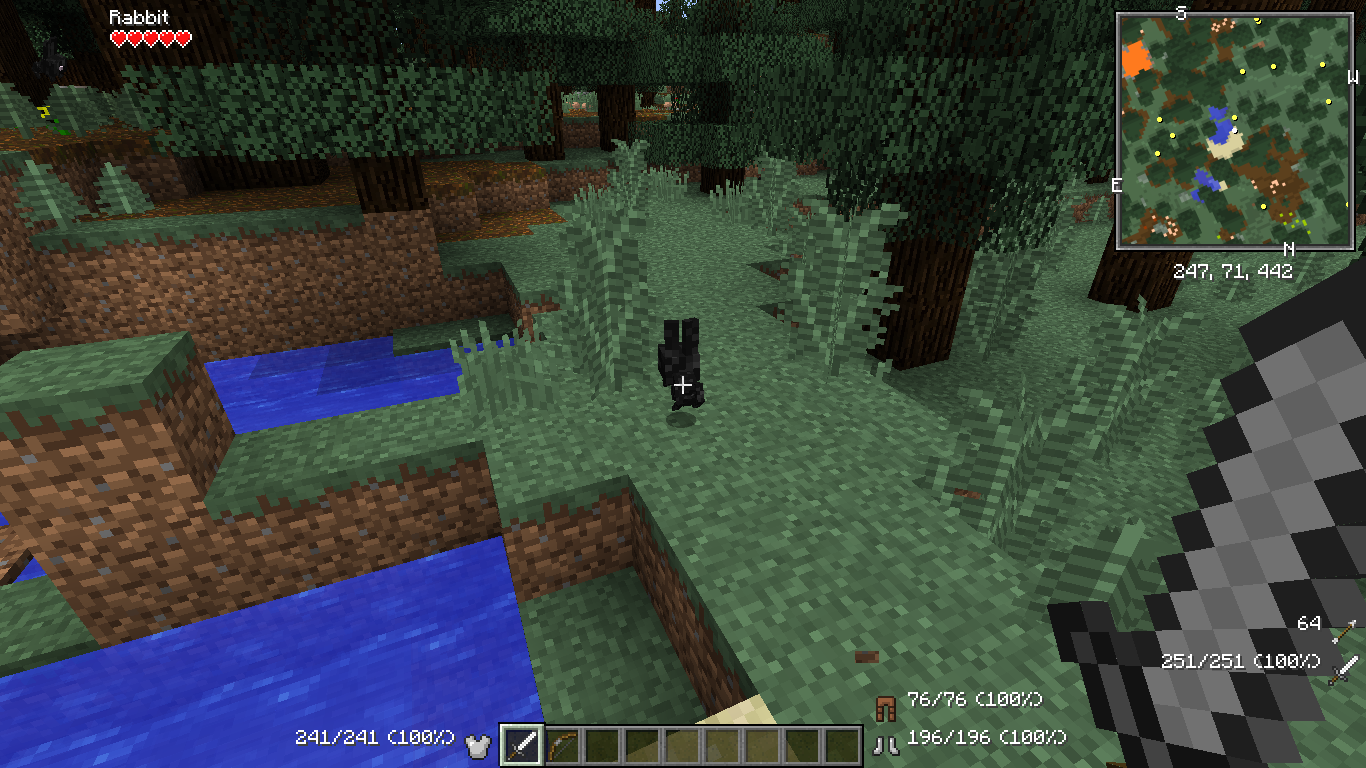 The GUI will also display equipped enchantments along with other useful information such as durability and arrow count. The action bar for key bind allows you to use items without switching your main hand (i.e. placing torches while holding a sword).

The whole mod is fully customizable as you can edit your screen or disable/ enable features. The UI can also be re-arranged as you see fit.

So if you’re looking for a great RPG experience for your survival gameplay or looking to turn your world into an MMO, this mod is a good place to start.

The ultimate NPC mod is one that we have featured over and over again.

Custom NPCs by Noppe’s is an Admin/ NPC tool that allows players to create NPCs, quests, items, and almost anything you can imagine for a role playing game. 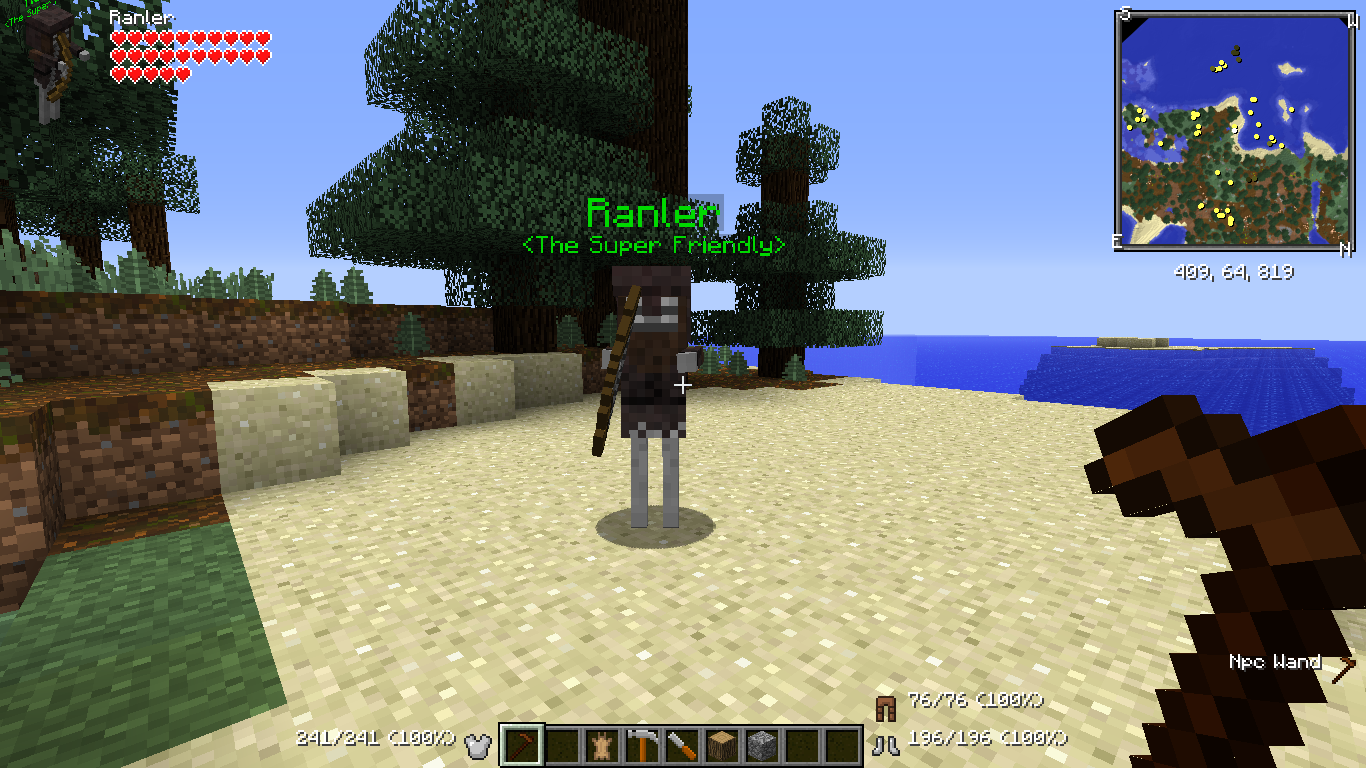 Custom NPC mod is the ultimate NPC tool suited for those who know how to use it.

But if you’re playing alone and don’t want to create your own quest, then I suggest getting the popular Minecraft Comes Alive as an alternative for single player game, or just get both!

NPCs created with this mod can have a role like a follower, a merchant, a quest giver, guards, or enemy mobs!

You can also add custom dialogues, paths, and even change their fighting AI! If you plan on making a massive MMORPG-like server, this mod is definitely a necessity.

Created by Greg_Ewing, ArchitectureCraft is a new mod based around the mod Greg’s Blocks.

This is a construction/ block mod that features:

Minecraft is a wonderful building game and this mod adds more spice to it.

ArchitectureCraft adds tools and a saw bench that can convert vanilla block into sloped block of various shapes and sizes. With this mod installed you can now create proper arches and roofs without being lore unfriendly.

The hammer can rotate blocks while the chisel can alter its design. The mod itself is similar to Carpenter’s blocks, but features a more lore-friendly approach and nicer models. ArchitectureCraft is a perfect addition to the two mods mentioned above.

Create Your Own MMORPG Server

Fancy your very own MMO in Minecraft? Let EnviousHost make it a reality!

Setup your very own server and let us host it for you! Use mods to cater a unique Minecraft experience and play lag-free and hassle-free!