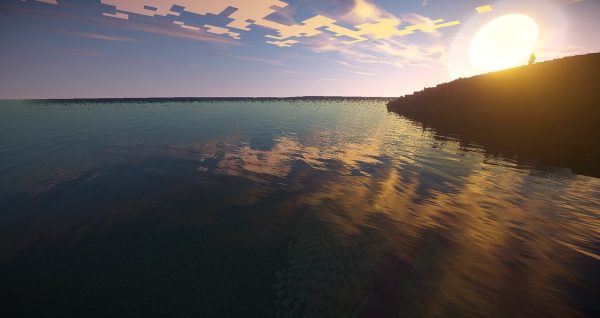 Playing with friends can be more fun than playing alone, and because Minecraft doesn’t have any specific game style, each player plays evenly and equally as others. However, just like any games (or anything in life for that matter), knowledge and extra information can be your edge against others. And now we will be teaching you 4 sneaky multiplayer tricks that you can use during various scenarios and even on different game modes. Knowing these tricks can set you on the path of being the professional Minecrafter that you’ve always wanted.

One very important block in every player’s early days of survival is sheep’s wool. It is also used on mid-game as a decorative block and as a colorful building block. However, there is a little problem… acquiring stacks of wool is nothing but a pain. Fortunately, there is a little trick to it… a trick that will cost the sheep’s dear life. All you have to do is damage the sheep to a near death state, prepare a dye and a pair of shears, and do the following actions quickly: dye the sheep with any color and quickly switch to your shear and use it on the sheep to get at least 5 wool blocks. With the shear still in your hand, quickly kill the sheep to have a chance of dropping another wool. If you’re lucky, you’ll have 6 wool blocks from one sheep! Yay for two beds!

Another great secret for those trap makers is one concerning ice blocks. Now we all know that ice blocks are slippery to both items and entities, but what most players don’t know is ice’s ability to intensify the slow effect of cobwebs and soul sands. Simply place an ice block under cobwebs or soul sands and ta-da! Your enemy will be stuck there for a minute.

Creating an underwater city or passage in survival is near suicide. But you’ll be happy to know that you don’t need to be in creative to survive underwater… for all you need is a bucket. Just bring an empty bucket and do what you have to do. When the time comes that your oxygen meter is low, hold the bucket and right-click the water block located in front of you. This will create an oxygen block that will again be filled with water. The split second exposure of the oxygen block will be enough to refill your oxygen meter to full once again. Just spill the bucket of water anywhere and continue your work.

Name tags can be quite a drag for sneaky players, and although this trick is not hidden, a lot of players seem to not know it. There are two tricks to hide your name tag: the first is to sneak behind a 2-block tall wall, and the second is to simply stand behind a wall of chests. Now try some sneaking and go scare someone this Halloween.

Excited to try out these tricks but don’t have a server to try it on? Create your own powerful Minecraft server for less on EnviousHost.com and enjoy lag-free gaming!