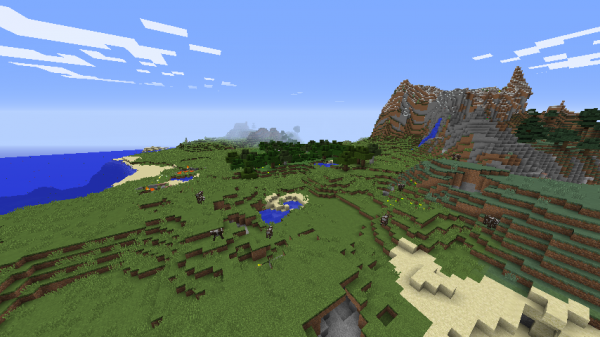 Minecraft 1.8 features many new things to be excited about. One of those things is the very rare Water Dungeon. Since Update 1.8, Water Dungeons, also called “Ocean Monuments” or “Ocean Temples,” have been the new craze in the world of Minecraftia. These dungeons offer a unique underwater Olympus look, valuable blocks, and an awesome yet challenging adventure that awaits those who dare venture into it.

One word: Magnificent. The entire structure looks as if it were built by underwater Mayans. The Dungeon literally resembles ancient temple ruins. The Monuments are built mostly out of the new Prismarine blocks and the entire structure is lighted by Sea Lantern blocks. Sponges can also be found inside some of the rooms. 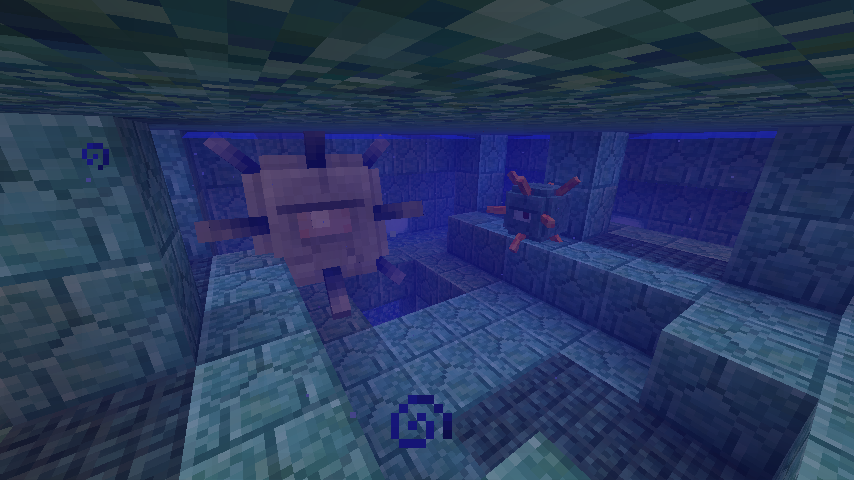 What Are the Dangers that Lie Ahead?

Well if you have heard about these new Dungeons, then you’ve certainly heard about its denizens:  the Guardians. As intimidating as its name may sound, these mobs are far from scary. In fact, they are nothing but one-eyed fish that shoot heat rays towards poor adventurers. They’re actually kind of cute.  Not so intimidating now right? Wrong!  There is one Guardian inside the Monument is meaner (and a lot bigger) than the rest. This mini-boss is called the Elder Guardian.

Where Can I Find It?

Water Dungeons can be found mostly in deep ocean biomes. On rare occasion, they can also be found in ocean biomes which makes the structure slightly visible in the surface. If you aren’t lucky enough to find one, then check out these Minecraft seeds!

Water Dungeon Seeds for the Unlucky, the Lazy, and the Adventurer

In this seed, you will start in what seems to be a Minecraft paradise. You will spawn in a small plains biome with small caves and tiny lava pits. At a distance will be a scenic mountain with waterfalls and a small but lovely patch of forest right next to it. To find the Water Dungeon, you need to travel far to the north for about 750 blocks from spawn, then head west into the ocean for another  220 blocks. Make sure to bring lots of night vision potions because it’s very dark in there. In case you can’t find it, coordinates are  x: 40, y: 39, and  z: -735.

For the Stone Lovers, Miners, and Role Players…

This is an interesting and somewhat challenging seed that will spawn you on a stone beach. Right next to the harsh rocky beach is an extreme hill biome with cloud-level mountains and epic water falls. From spawn, all you need to do is travel west for about 150 blocks and you will see some sparkling sea lanterns that mark your monument. This seed is great for those who like to mine different kind of stones as there are plenty of granite and diorite blocks near the spawn. This seed also has a unique appeal to story-tellers and role players playing as a cast-away, a pirate, or someone who has been pushed from the mountain side. Survival-wise, this seed will have you scratching your head while reaching for the nearest tree. 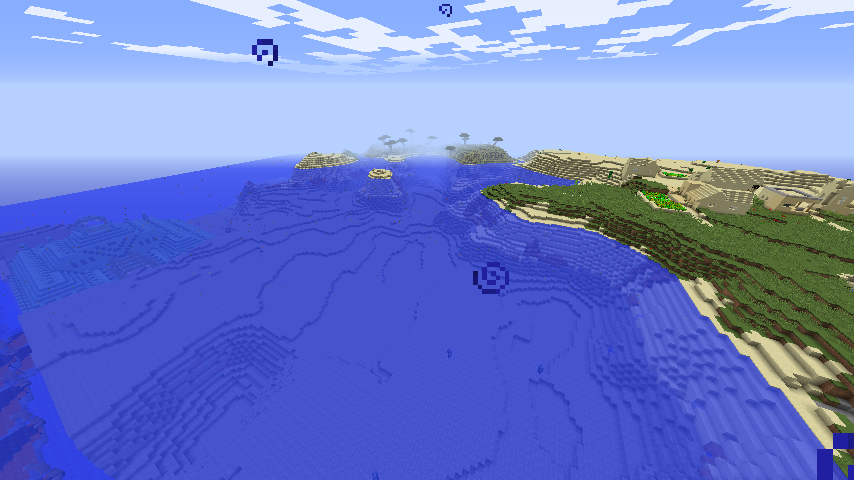 For the Creative Builders…

You won’t even need the Water Temple coordinates on this seed. You will actually spawn right next to The Monument. Spawning in the outskirts of a small desert village and sitting on top of a grassy beach, this is the perfect spot to start your under-water adventure or to create a town built around it. Gameplay-wise, this seed has some nice building potential. If you look high enough, you can even see the Water Dungeon from the village. This is an overall great seed for those who want to delve deep in the dungeon in survival mode but aren’t interested in the exploration. Users may also create a city themed after the Monument.

For the Hardcore Players…

This is a wonderful seed that will spawn you in the middle of a forest and right next to an extreme hill biome with nice shelter and mining potential. The Water Dungeon is located far to the north-east from spawn, – way past the roofed forest, over the extreme hills, beyond the weird lava falls, across the river, and at the outskirts of a huge forest. If you want to skip all the hard parts, you can go ahead and spoil yourself with the coordinates: – x: 1110, y: 45 and z:1692. But then again, those coordinates are only for those who aren’t brave enough to go the hardcore route.

For the Seafarers, Sailors, and Ocean Lovers…

This is a cool seed that will spawn you at the edge of an extreme hill biome. Near the spawn you will see some distant mountains and forests. None of them will concern you. Going down the mountain is a forest big enough to create Noah’s Arc, a Mojang logo -shaped beach to build it on (yes, because Notch is with you on this one), and a patch of pumpkin to create a series of pie for the journey. From there, you will sail north-east for about a mile and let your instincts guide you to the Ocean Temple. Along the journey you will find some cute islands, sea gulls, and probably mermaids too. If you want to skip all the fun adventure and go straight into catching Moby Dick, the coordinates are x: -245, y: 40 and z: -1320.

Adventure With Your Friends

Embark on a grand adventure with your friends across the globe by hosting your own Minecraft server powered by EnviousHost. Using our quality hardware and top-of-the-line software, your game will be as smooth as the smooth stone and as solid as the bedrock.

So don’t be envious – Grab your very own server today.

One thought on “5 Great Water Dungeon Seeds For Minecraft 1.8”