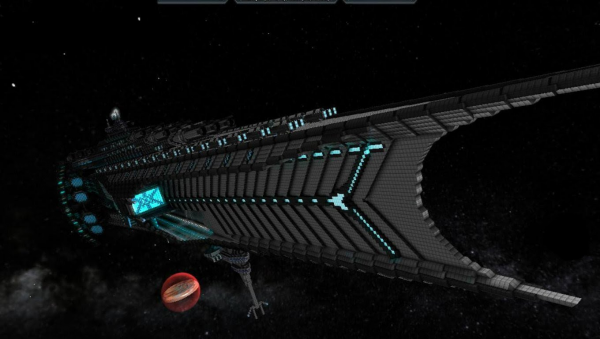 Boasting all the exploration elements of a sandbox universe with all the tension of a shooter, StarMade has established itself as one of the most exciting free-to-play games in all of online gaming.

While the single player survival element of StarMade is worth celebrating in itself, one of the more popular gameplay elements is building exciting and innovative ships in which the universe can be explored. Naturally, the online StarMade community embraced the prospect of designing and showing off custom spacecrafts, which is why we have compiled a list of five ingeniously designed StarMade ships that you can use as inspiration to design your own. 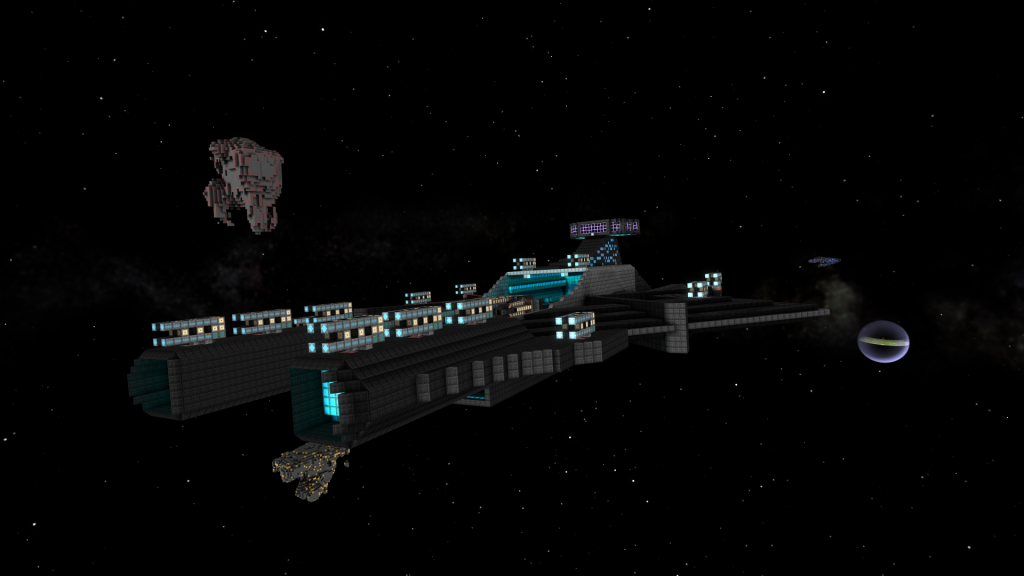 This huge suppercarrier is large enough to carry other spacecrafts, and intimidating enough not to be messed with by other players or NPCs! While decorated with a space camouflage black, the luminous blues and yellows invoke a great sci-fi vibe that serve to please the eye as well as to light the sky. 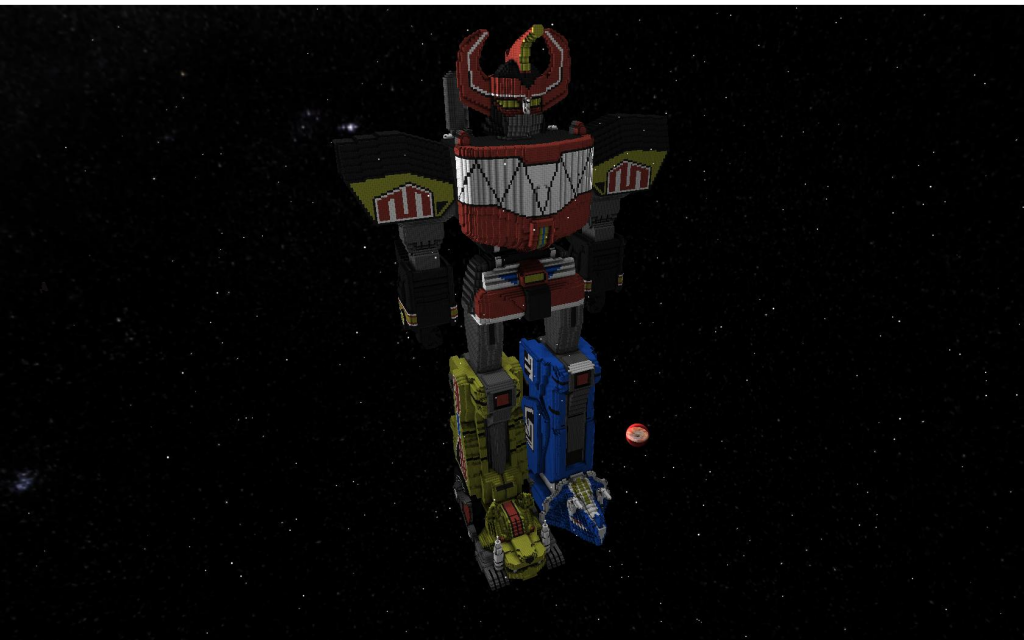 This Power Rangers-inspired spacecraft would certainly cause a double take when cruising through the black sky. The Megazord, a humanoid combination of multiple Zords, would usually feature in the climactic battle of Mighty Morphin Power Rangers, and so should not be taken lightly. Sure to be a dominant presence in the StarMade galaxy. 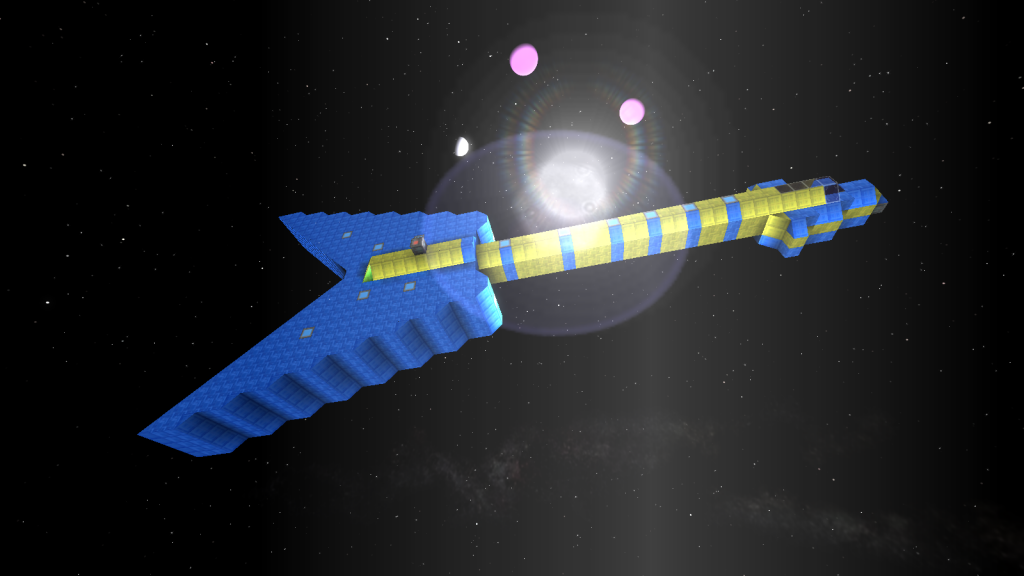 Fans of Daft Punk will recognise this spacecraft as the one featured in Interstella 5555: The 5tory of the 5ecret 5tar 5ystem, an animated movie set to the soundtrack of Daft Punk’s Discovery album. Those who are unfamiliar with the ship will recognise it as the shape of a classic ‘Gibson Flying V’ electric guitar, which is extremely cool in its own right. 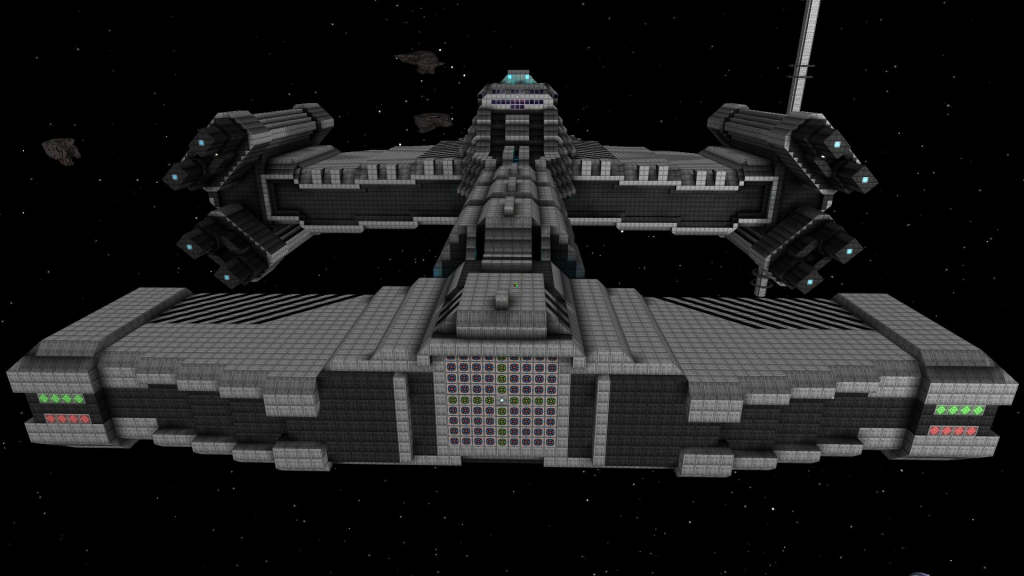 Players of Starcraft may recognise the Minotaur-class Battlecruiser, a Terran Dominion spacecraft that was field tested in Valhalla and came into service in 2502. If you’ve never played Starcraft, however, you can still appreciate this ship for its grand stature and classic spaceship shape — not a bad starting point for your own creation. 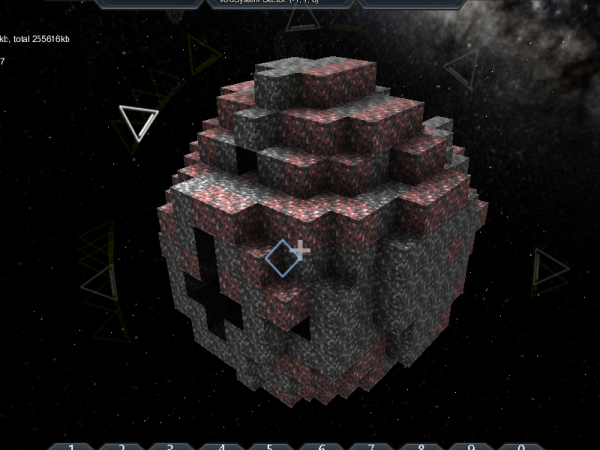 The Rock image by Chervenko

No, not the wrestling, ass-kicking Dwayne Johnson, or the 1996 action movie starring Nicolas Cage. Just a rock; a big rock. The genius of this design lies not in its intricate detailing or concept-inspired construction, but in its ability to allow you to hide in plain sight. Team this simple design up with some radio jammers and you have yourself a fully functional ship that will pass discretely through space without any trouble from anyone. Sure to give you the element of surprise when creeping up on enemies.

Be sure to take inspiration from these brilliant StarMade ships, but let your imagination run in full flow when constructing your own, and be sure to send us pictures of your creations!