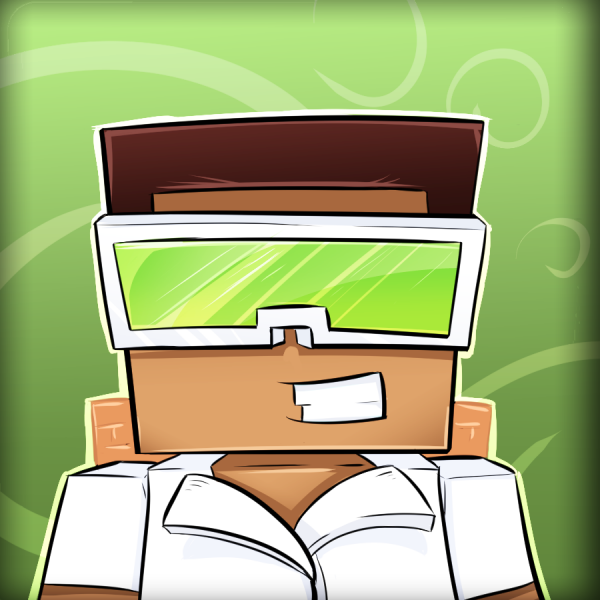 Biggs87x is a good friend of ours, and his server has been sponsored with EnviousHost for awhile now.  We want to introduce him to our EnviousHost community, well, those of you who don’t already know him.  You may know him for his YouTube videos.  He puts together great Minecraft tutorials.  He was kind enough to allow me to ask him some questions, so let’s get started….

Me: Icebreaker time! Just for fun, what’s your favorite color?

Me: What kind of music do you listen to?

I’m pretty open-minded when it comes to music, I would say I have a very general taste. I usually listen to whatever is on the charts.

Me: How long have you been gaming?

I have been gaming pretty much my whole life. My first game console was the Sega Mega Drive and ever since then, I can’t really remember life without a game console.

Me: How long have you been playing Minecraft?

I started playing Minecraft in 2011, it was still in Beta and the first version I played was Beta 1.5.

Me: What other games do you play?

I play quite a lot of other games. I grew up on Football/Soccer games (Fifa, PES) they will always be one of my favorites. Currently, I play a lot of Overwatch, GTAV, The Walking Dead & Rocket League.

Me: Which is your favorite?

At this very moment, I  would have to say Overwatch is my favorite alongside Minecraft. It’s the game I play the most when I’m not playing Minecraft.

Me: How long have you been making videos?

I started making videos in April 2012, so almost 5 years now.

Me: What the favorite YouTube video you’ve ever made?

That’s a hard question, but one of my favorite series I have ever produced is my Minecraft Comes Alive. It was a roleplay series where every episode had a script. The series honestly felt like producing a TV show; it took so much time and effort. The series will always have a special place in my heart.

Me: What’s your schedule for posting and live streaming?

I upload Tuesday, Thursday, Saturday & Sunday. I livestream every Sunday at 8 pm GMT.

Me: How do you get ideas or inspiration for your videos?

Usually, I get ideas for videos from just building by myself. I make a lot of bad stuff that people never see before I decide on something that I am happy with. Sometimes I will be out in a store and see a nice couch and say to myself, “oh I could make that in Minecraft.” When I get home, I’ll then try to build it in Minecraft.

Me: Which games are really popular right now? Why do you think they’re popular?

Roblox & Overwatch have to be two of the most popular games right now.

I think Roblox is popular because of the cool Mini-Games and the creator of Roblox really pushing creativity with the game. By allowing players to modify the game and allowing devs to make their own game modes, it makes Roblox a game for everyone to enjoy.

Overwatch, because I think it fills a gap in the gaming scene right now. FPS games have been becoming less and less popular over the years with the exception of CS: GO. I feel Overwatch is a nice balance between your typical FPS game & a fun shooter.

I would have to say building is becoming popular again and Minecraft Pocket edition. Minecraft building was popular about 2 years ago but it died down and other things took over like, mod reviews, Roleplays etc. Now, building seems to be making a comeback again.

What isn’t? I think Minecraft mods & mod packs are not as popular as they used to be, mainly because the PC version of Minecraft is now the least played version out of console & mobile. Sadly, mod packs are only available for PC players.

Me: What benefits are there to posting videos and doing live streams?

With my videos, I get to share my creations with people and it’s  always cool to see others use my designs for their own builds.

Me: What are the downsides?

Me: Do you have a separate job or do you do this full-time?

I started doing YouTube full time in 2015. Before that, I was a Web designer.

Me: Do you have any tips for those who may want to game professionally or make a living from doing gaming videos and live streams?

Make sure you do what you enjoy and be passionate about it.

Don’t just play a game because it’s popular at the time and everyone else is doing it. There will be a lot of low moments where you feel like nothing is working out but it will be that passion that will get you through.

Me: Any events coming up you’d tell our EH community about?

The only events I really have coming up are livestreams. If you enjoy Minecraft and want to hang out and play some mini-games, it’s a cool place to tune in and play some games with me.

Me: Chocolate is amazing.

Me: Which channels can you be found on?

I can be found on Biggs87x channel & the Ricky & Zai Channel

Me: How many subs do you have?

Me: Which YouTube (or Twitch or whatever else) video of yours has the most views?

My most viewed video is a build of a real life Walmart that was recreated on my Minecraft server.

Like this interview? Have suggestions for future blog posts? Let us know!