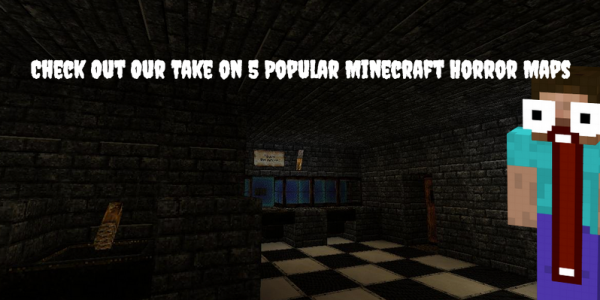 Check Out Our Take on 5 Popular Minecraft Horror Maps

Disclaimer: We do not own the background image featured above. This was taken from The Hospital by Zvede.

The concept of “horror” has become a major part of our culture over the last twenty years – even expanding to the point of players experiencing “horror modes” in many popular video games. Minecraft is one of these! But making a scary game requires way more involvement than, say, a horror movie. That’s because of the extreme level of immersion. So how can Minecraft become one of these chill-thrill games? In this post, we’ll show you exactly how to make your favorite sandbox game into a place where nightmares come true!

It’s a new day. Creepers are no longer the creepiest things in Minecraftia. Horror is here! Today we’re featuring 5 incredibly spooky Minecraft horror maps that will send chills down your spine. Think you’re prepared to handle all the horrors that Minecraft can muster? Don’t be so sure…

5. The House of Silences 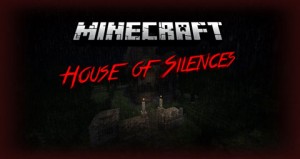 Are you afraid of the dark? You might be after you enter The House of Silences! This map leans heavily on using creepy darkness to create a chilling atmosphere. This isn’t the sort of terror that jumps out at you when you aren’t expecting it. This is the kind that brushes against you in the dark when you think you’re alone. As the storyline unfolds, players explore a massive house – a massive haunted house, of course. And throughout the entire house, you’ll be constantly bombarded by new story elements and sounds that add to an ever-growing tension. The plot is a bit shorter than what we’d like to see, but has a great ending. We definitely recommend giving this map a shot. The puzzles are a major highlight of this map. In fact, it’s almost a bit reminiscent of playing Zelda. Think it may be your thing? Only one way to find out. Check this one out for yourself! 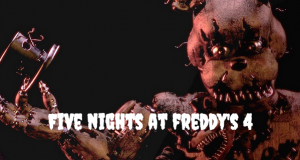 Five Nights at Freddy’s has become one of the biggest names in Minecraft’s horror genre. The game itself features creepy animatronics that spring to life and hunt down security guards. The sudden movements and drastic shifts in perspective make this game terrifying. There are already several existing versions of FNAF, but the latest installment has generated a LOT of excitement. Since a preview has already been released, you know we had to try it out!

Unfortunately, this most recent installment was just does not live up to expectations. The preview map boasts roving animatronics and dark rooms. Don’t get us wrong, this is cool! But the map is extremely limited. The preview just leaves the player with a lot to be desired. Of course, this is still just a preview. We’re sure that by the time the full release goes live, this map will be ready to scare the socks out of anyone crazy enough to try it!

The Nightmare has an unbelievable amount of potential! The map was laid out beautifully and offers a huge area of exploration. Unfortunately, it is not very polished and doesn’t always work properly. What good is a map – no matter how great it may seem – if it doesn’t work properly?! When it is working, you are immersed into a horror story from high school. Think of it like a nightmare…you know the one where you are in front of the class naked? Think of that, but now add in monsters trying to come after you and fleeing for your life!

Unfortunately, though, the map is a bit buggy and doesn’t always work properly. At times it feels like you are stuck in a great horror map without anything to do. With that said, we still recommend playing through to the end. There is an awesome creative twist that leads to a superb ending. Get ready!

There is no reason to be afraid of the dark…or is there? The Grief is a map that uses darkness in several areas to add to the immersion. While parts of this can be frustrating, it adds a whole new level of difficulty to the puzzle. Some classic horror techniques are used, but in a way that does not come across as cheesy. The map can seem a little long, though, as it is set up to be a chapter series. Just stick with it. It gets better after the first chapter.

There are a lot of impressive parts to this map. The author put a lot of work into carefully planning the sound track and it pays off! These choices add tremendous value to the game. The puzzles inside the map also add a twist to the challenge level. The story line is really the shining jewel of the map, though, putting you smack into the plot right out of the gate. This map is definitely worth checking out, especially as more of the series comes online. 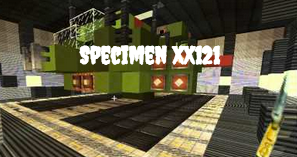 Specimen XX121 is a map that NAILS the horror aspect in Minecraft. It does take a few minutes to set up, as it requires a special resource pack to go along with the map. But these few minutes are well worth it! You may also want to adjust some settings to create a spookier mood. Once set up is complete, you are launched into a pretty large map that will immerse you in a scenario that absolutely reaks of terror. You being your journey fleeing from your dying spacecraft, seeking help on a deserted ship floating through space.

Definitely not your usual Minecraft map, right? We’re only getting started! The resource pack, sound files and terror-tastic events make for a fantastic all-out horror game. This map is the epitome of what a Minecraft horror map should be! Not only do the puzzles and prompts keep you guessing, but the gameplay is not as linear as many other games. Remember, one wrong move will end you. If you are looking for a Minecraft map that will keep you up at night, this is the one.

Setting Up our Own Horror Server with EnviousHost

At EnviousHost, we’re all about getting the most out of your gameplay. Our bedrock-solid Minecraft servers come ready for action, allowing you to add any mods or resource packs to help you get the game you want. No matter what type of experience you’re looking for, you can get it with EnviousHost. Grab your server and #GameOn!