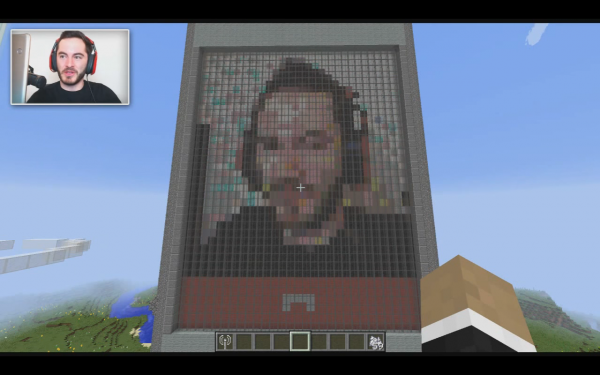 Minecraft in itself is already a pretty fun game.

But now you can take it to a whole new level by video calling your friends, browsing through a website, sending a text message, and even taking a selfie — all without leaving the Minecraft world. All of these are possible because of the cellphone that Verizon Wireless built in Minecraft.

The telecommunications giant partnered with advertising firm Wieden + Kennedy and Minecraft design company Blockworks to create a fully functional phone within the boundaries of the popular sandbox video game. The resulting product functions like a rudimentary cellphone while integrating itself just fine into the game with its blocky, Minecraft-y look.

Yes, it works. Popular YouTuber CaptainSparklez (who is known as Jordan Maron in real life and makes a living by streaming his adventures on Minecraft) gave it a try to see if Verizon’s Minecraft phone really worked.

He started by creating a giant floating cellphone (which he made by surrounding a white stained glass pane with iron) and building a network tower sapling by combining iron and a red stone. He then planted the sapling and added bone meal to instruct a bunch of engineers to construct the tower.

Once the tower was up, CaptainSparklez flipped the lever and the tower began to provide coverage to the cellphone (with particle effects denoting that data was streaming between the tower and the phone). He used the phone’s browser to open his YouTube page and called successfully called himself on his tablet as well as SethBling, another popular Minecraft YouTuber SethBling, on his end, also demoed Verizon’s Minecraft phone.

After creating the tower and the phone, he browsed through his Twitter page and personal blog and took a selfie of his Minecraft avatar and sent it to his smartphone. He also called himself on his phone and, afterwards, dialed CaptainSparklez and talked to him for a while.

What Should I Expect? 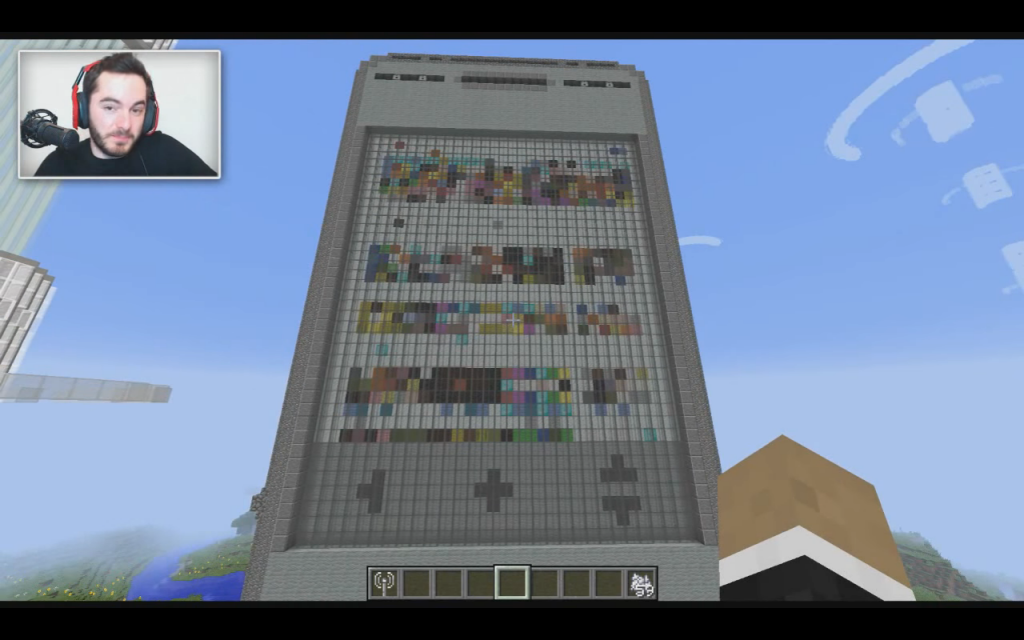 One of the good things about the Verizon in-game phone is that it lets you communiate not just with fellow Minecraft players but also with your family and friends who may not be into the game.

But there are limitations to it, too. You can’t expect to use Verizon’s in-game phone to hold video conferences with your boss while you’re playing Minecraft because 1) all you’ll see is a heavily pixelated video call and 2) all he’ll see is your Minecraft avatar. You also can’t expect to use the phone’s browser to research for your homework because everything is displayed as blocks and you can’t read a thing.

However, these don’t mean that the Verizon Minecraft phone is useless. For instance, if you’re playing Minecraft and decide to make plans for Friday night with your friends, just give them a call so you can talk while building your castle. If your girlfriend runs to the store and you forgot to tell her to buy milk and eggs, just call her or send her a text message using Verizon’s in-game phone and update her grocery list without a lot of fuss.

The Minecraft phone is also incredibly useful when you’ve finished constructing a fantastic new build and want to show it off to your friends. Just stand beside or hover above your build, take the selfie stick, snap a selfie that will make all Minecrafters envious, and send it as an MMS to your pals.

All in all, these features are a great way to continue living your real life without having to leave the Minecraft world. After all, who wants to interrupt their block building adventures just to make a call or send an SMS, right?

How Did They Do All This?

Verizon created a web application they called Boxel, which translates videos and webpages into blocks and ensures they can be integrated in Minecraft servers and viewed by Minecraft gamers in real time. They also use Boxel-client in their server plugin to manage the transmission of data between the in-game phone and the real world.

The best thing about the Minecraft phone is that Verizon has open-sourced its libraries.

So, if you have some coding skills, you can give them a try and spice up your Minecraft world with some blocky video and other cool features.

What Does the In-Game Phone Mean for Everyone?

Well, for Verizon, it lets them showcase their creative mindset and promote their company in a unique way. It also helps them grab the attention of Minecraft fans and maybe even turn some of them into new customers.

For Wieden + Kennedy and Blockworks, it’s a great way for them to make their companies known and cement their reputations in the advertising and design worlds, respectively.

For Minecraft players, the Verizon in-game phone adds a fun twist to their gaming experience and gives them something new to experiment with. This is particularly true for players who have coding skills, since they can tinker with Verizon’s open-source libraries to come up with new creations for their Minecraft worlds.

For non-Minecraft players, well, this can show them just how fun, exciting, and dynamic the game is and how it can open new worlds for them. It can lead even many of them to become new Minecraft players just so they can experiment with Verizon’s in-game phone and see exactly how it works.