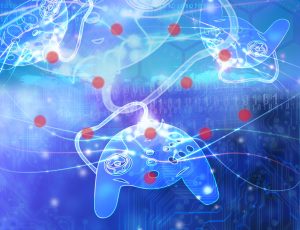 Multiplayer minigames will always be a good thing, whether you’re new to the world of Minecraft or have been inhabiting it for several months or years. So, it’s not about whether you’d add these minigames to your server or not, but rather which games are worth your time and attention.

Fortunately, there’s no need to fret since we got you covered! We’ve listed some of the fun and interesting multiplayer minigames that will surely spice up your Minecraft server. Just a disclaimer: we didn’t make these maps and certainly don’t claim ownership of them! All credit should be given to the people who used their time and talent to give the world these amazing maps.

What do you get when you combine Minecraft and Call of Duty? Minecraft Zombies! Made by GroxMC, this multiplayer minigame is actually a recreation of Call of Duty Zombies, and you’ll need to kill zombies while fighting to stay alive. Fortunately, you can buy weapons and other perks while enjoying the ability to Pack-o-Punch your weapons to upgrade them. You can also unlock new areas and spectate your friends.

GroxMC doesn’t say if the minigame has infinite rounds or if there’s a set number of them (although he reveals that he has reached Level 52 as of this writing). You’ll have to play the game to find out for yourself!

When you hear the words “color run”, you usually imagine fun runs and marathons in which colored powders are thrown to the runners. This isn’t the case with this mini game, though. In Color Run 2.5, players have to run to the correct color or else they’ll fall to their death.

Creator Forseeable admits that might not seem like an original idea at first glance, but what sets this game apart is that it comes with 9 different modes that make the gameplay more exciting. Parkour Mode, for instance, forces you to unleash your parkour skills with its disappearing floors, while Monsters Mode come with zombies that can knock you off if you get careless. You can play this minigame on your own or with other players.

Murder in Minecraft is inspired by Garry’s Mod, which we also host here at EnviousHost. This minigame comes with the same features as the original, with exactly the same rooms, rules, and secrets as the Garry’s Mod map.

You need to play this with a minimum of three players since you’ll have to choose among three roles: murderer (who has to kill everyone without attracting attention), bystander (who has to look for clues and find the murderer), and bystander with gun (who needs to protect the other bystanders and kill the murderer). You can thank creator, CollidedMoon (who spent almost a year working on it), for this cool Minecraft minigame!

This multiplayer minigame (made by killdora) has just one rule: kill everyone in the other team before they kill you! You’ll have five minutes to do this; once the time is up, the scores will be tallied and the team with the highest points wins the game.

There are only two teams in PVP Death Match Arena —the Red Team and the Blue Team — with five classes to choose from: Scout, Medic, Pyro, Soldier, and Tank/Heavy. (If they sound familiar, it’s because they’re based on the classes featured in Team Fortress 2). To play this mini game, you need to enable command blocks and be in adventure mode.

Play These Games with EnviousHost

If you already have an account with EnviousHost, simply add these multiplayer minigames into your server and play away! If you don’t, contact us now by emailing Support@EnviousHost.com to find out how you can get your very own Minecraft server. Making customers happy is our number one priority, so don’t hesitate to get in touch!