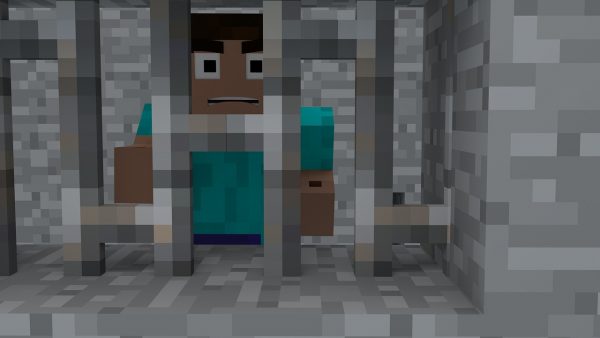 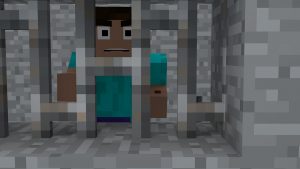 Like other online multiplayer games today, Minecraft can be a toxic place to be. The cover of the internet gave players the false belief that they can just act however they want with no repercussions. Thankfully, like LAN-based multiplayer games during the age of dinosaurs, you can kick out undesirable players in Minecraft, too – but only if you’re the server administrator or the designated Operator (OP) by the server administrator. If you’re the former, you can make a player an OP by typing in the in-game chat “/op [user name]”. You can also do the same on the console, but without the backslash. And of course, the brackets and quotation marks don’t count either way.

With the prerequisites out of the way, here’s how to ban a player, which comes in two variations.

(NOTE: Like with the Operator command above, you can do these in the console, too, but without the backslash.)

Banning the username, however, doesn’t prevent the same person from logging into the server using another account. Which brings us to number two.

This prevents the player’s computer from accessing the server. This means that even if a person other than the player tries to log in from the same computer, it won’t work. However, if the player’s computer has a dynamic IP (it’s constantly changing), this command is rendered useless. If you want to be double-sure, just ban both the username and the IP.

If you’re feeling merciful (or the ban was just a joke), you can unban a player by typing either “/pardon [username]” or “/pardon-ip [username]”, depending on which ban command you used. Easy enough to remember, right? There’s also a way to ban players temporarily, like for only a couple of hours. But you would need a plugin installed.

Assuming you had a field day banning players left and right, you can keep track by typing “/banlist players” or “/banlist ips”. This shows the usernames and IPs you banned, respectively.

Now, who do you exactly ban from your Minecraft server? As Uncle Ben put it, “With great power comes great responsibility.”

The primary reason for banning players is if they’re ‘griefing’. Which is explained simply as an act of agitating, angering, or causing other players to bring out the hatred they never knew they had. Griefing includes, but not limited to:

Those are just a few examples of griefing. Chat spamming is also another reason to ban players, along with anything that causes a server to lag – like hoarding items in just a specific area.

Of course, non-game-related human behavior easily calls for a ban, like being racist to another person, expressing homophobic sentiments or blatantly cursing out another player. Basically, anything that constitutes as a rude behavior in the real world.

And for obvious reasons, posting direct links to…uh, questionable websites, and creating Nazi symbols warrant a ban, too. Life as an OP isn’t as grand as you thought now, huh?

If you have any questions or comments, please let us know below!