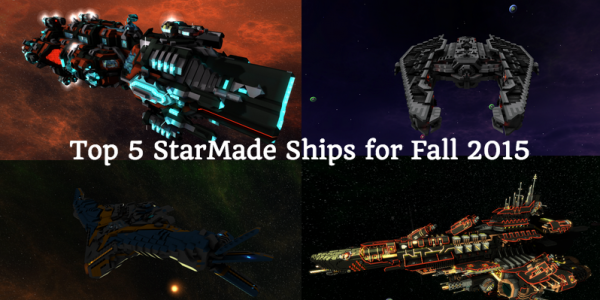 If your weekend plans include assaulting a space station, colonizing a plent or obliterating an entire space fleet, then you better have the right ship. Sure, firepower is one thing, but style is also important. That’s why we’ve put together 5 super-sweet StarMade ships to help get you through the upcoming Fall season!

Disclaimer: We take no credit nor do we claim ownership to the work show below. These ships were created by some very talented individuals who are in no way affiliated with EnviousHost.

Let’s begin with The Milano, one of the most iconic space craft of our time. The Milano is the StarMade recreation of the highly-mobile assault ship owned by the Starlord in the hit movie franchise, Guardians of the Galaxy. This absolutely gorgeous build, created by Dalmont, features an Ionized shielding, a movie-based cannon, radar jamming and a complete jump drive with afterburners for incredible speed and maneuverability.

This ship is awesome! And the owner has also hidden some Easter Eggs inside (and outside?) of the ship that are jam-packed with Guardians of the Galaxy lore! This is a superb creation with a gorgeous aesthetic. The Milano is a must-save for ship enthusiasts or collectors! 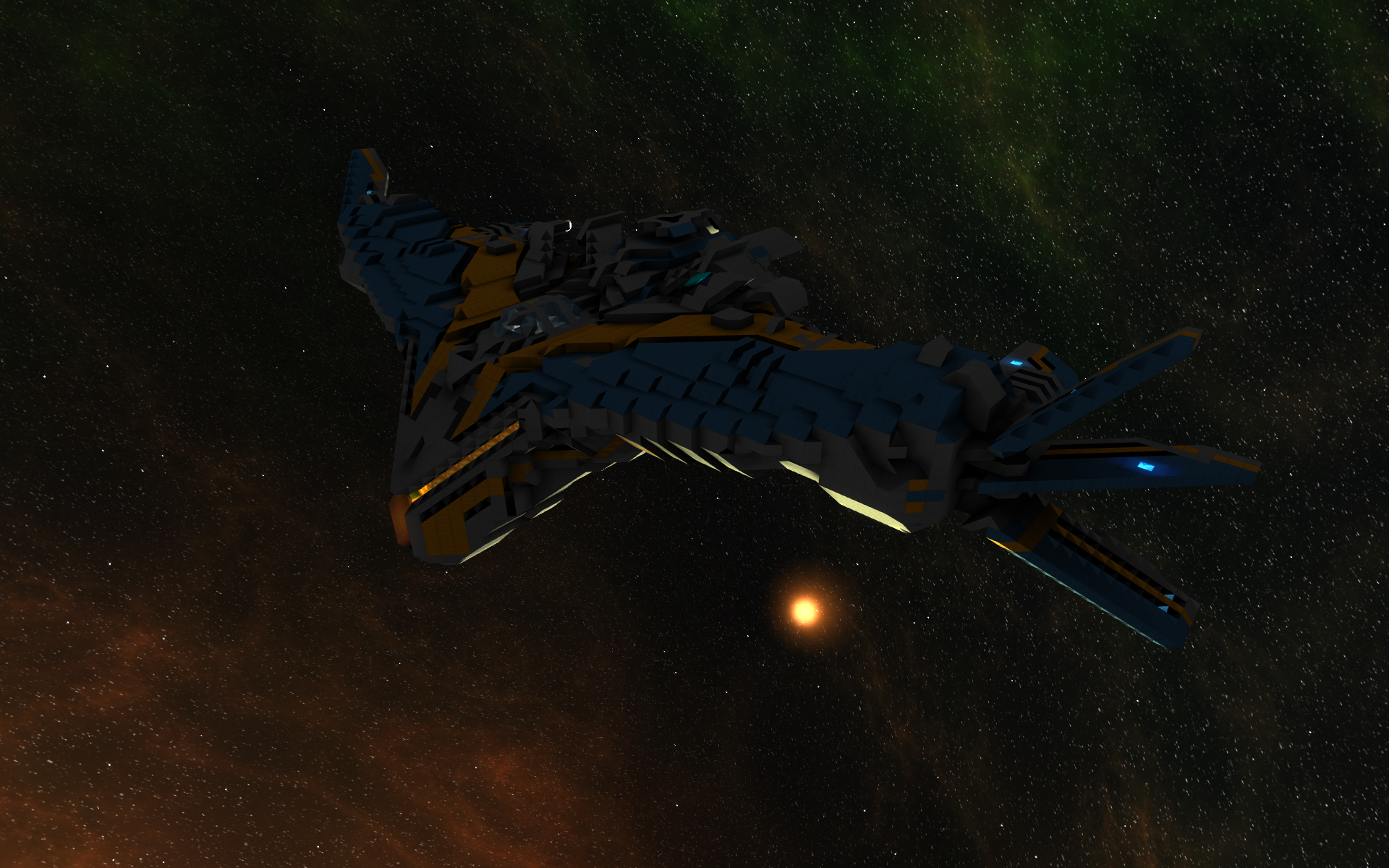 Created by the team at Sioux FleetWorks, the SFW Nova is a frigate-class battleship and has been leading the front line of the Imperium for the past 3 months. This multi-purpose ship is designed for multiplayer fleet operations and squadron support intended for leaders and heroes.

This formidable ship features a wide array of frontal cannons and ranks near the top of its class in both shield coverage and shield strength. The Nova also features a high-rate power regeneration and a killer black and white design. The only real downfall with the SFW Nova is a lack of speed. If you’re into StarMade, you’ll definitely want to keep an eye out for this ship! 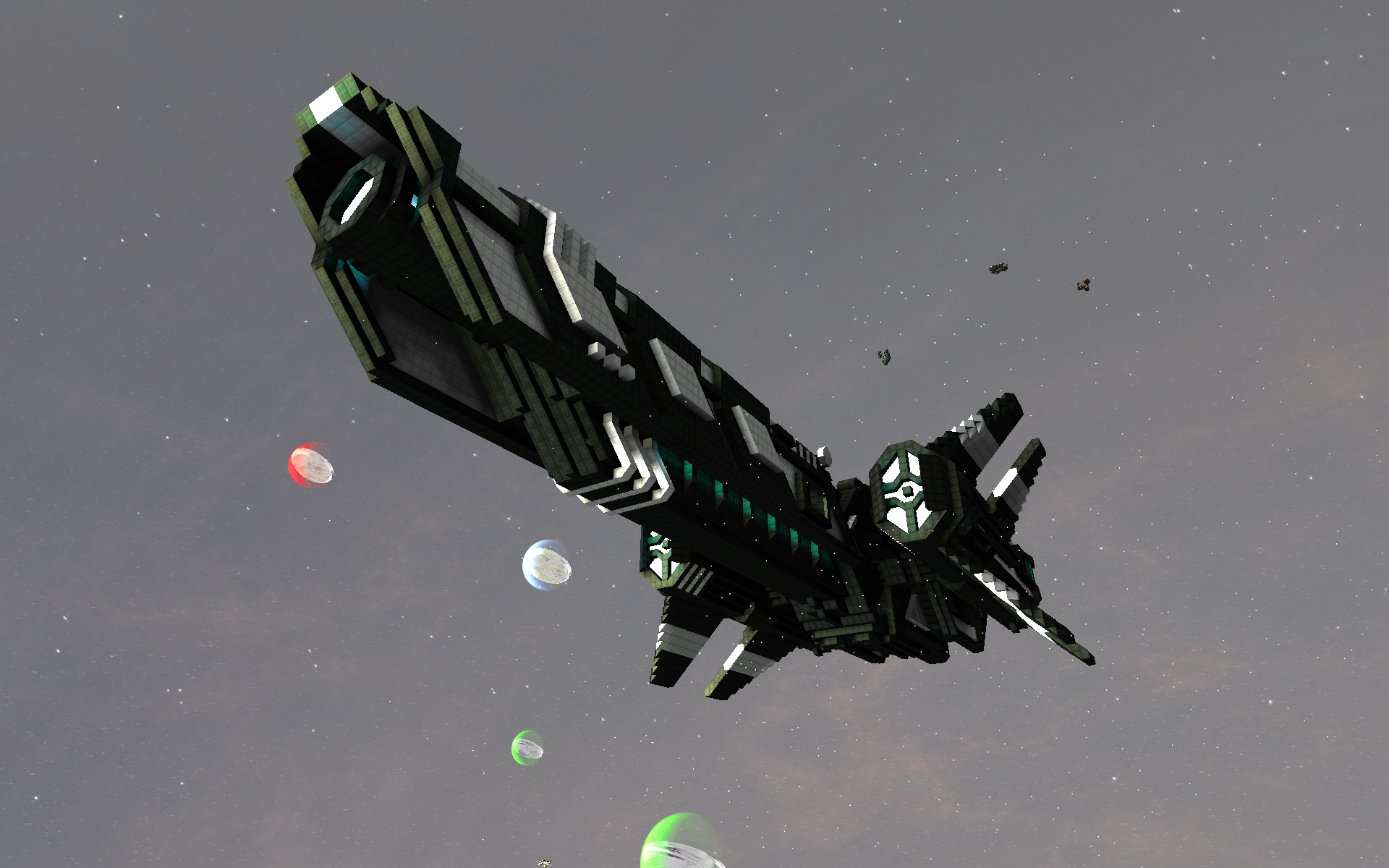 When it comes to popularity, space craft from movies have some extra points. What can we say? There’s something to be said for name recognition! And when it comes to agile space fighters, it should come as no surprise that Star Wars leads the way. Dozens of StarMade fighters have been based off of these icon Star Wars ships, but the latest recreation of the Imperial Interceptor has really raised the bar!

Created by lordzorax, this highly-mobile, fighter class recreation is very accurate. And the Imperial Interceptor includes antimatter cannons and missiles in its main armament, as well as a radar jammer and hyperspace jump drive for support. Just like the original ship, this StarMade recreation features a moveable wing span which can be either locked in an “attack” position or retracted. The ship is also equipped with a fully functional escape pod, fully-integrated landing gear rail system and some incredibly accurate interiors. We couldn’t help but give this ship two thumbs up for staying so true to Star Wars lore! 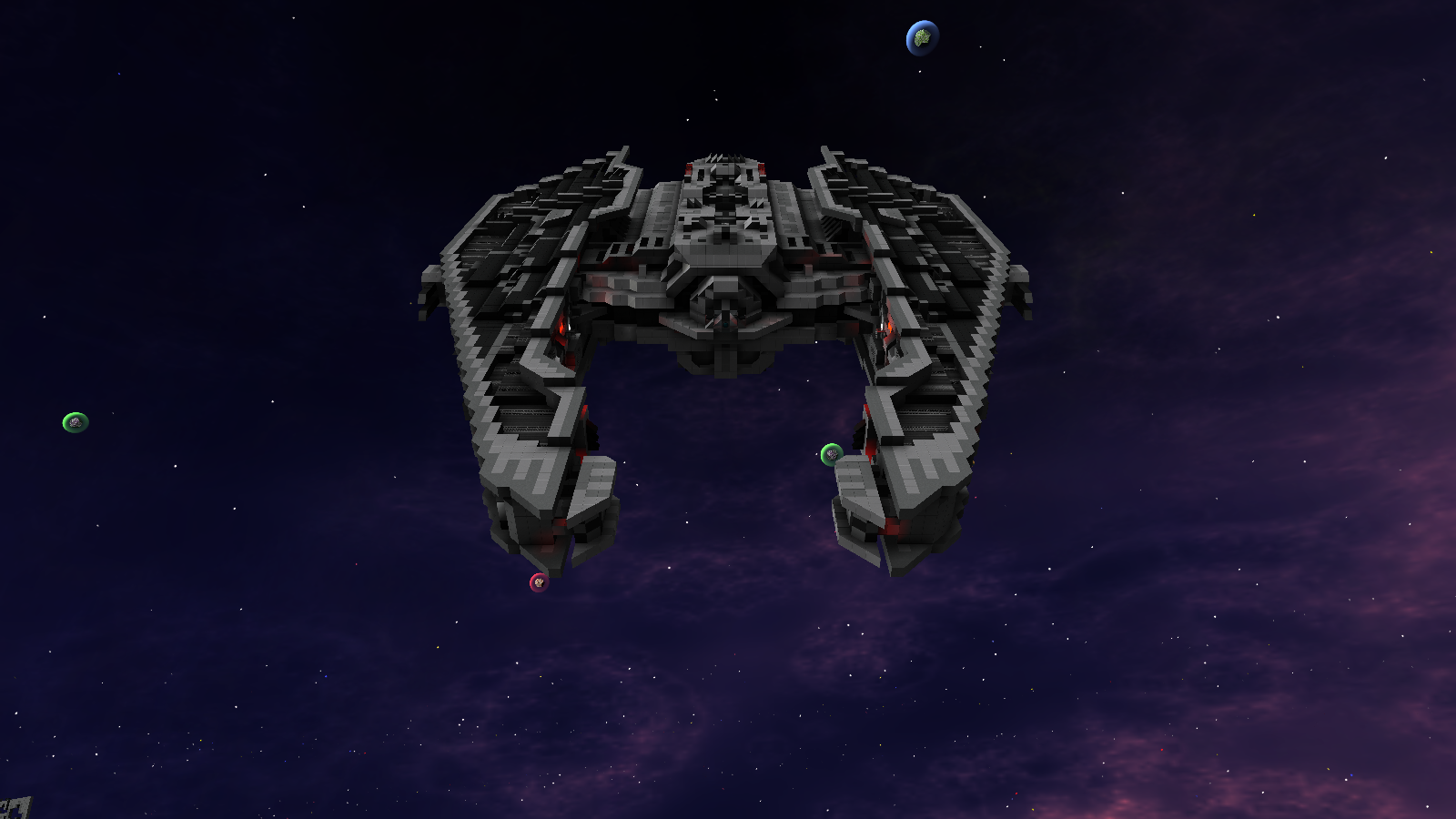 Are you ready to destroy asteroids, planetoids and even entire plans? Nothing can get in your way with this Hades-class battleship! Created by Crimson-Artist, the Super Harvester WorldReaper definitely lives up to its name with both an intimidating look and scary tough functionality. The ship is equipped with 8 siege-grade debris breaker cannons, 4 debris destroyer cannons and 2 debris vaporizers.

When we say this ship can destroy planets, we mean it! Although this monster isn’t designed for ship-to-ship combat, you certainly wouldn’t want to cross paths with it in a dark alley! Even enemies from bigger classes should think twice before engaging the Super Harvester WorldReaper in a fight. To broaden its functionality, the WorldReaper does come equipped with optimized salvaging arrays to not only destory enemy planets but to completely devour them into the player’s inventory. There’s also a helpful Anti-Grav system, which enables the ship to operate inside planetary atmospheres. When we call this ship a monster, you better know that we are not joking around!

While The Black may not carry the same level of fame as some of the movie-based space crafts we’ve mentioned above, nothing beats its terrifying look. Created by Orphaniel, this titan-class ship is a jaw dropper! It features an impressive amount of firepower and unbelievable defensive capability. The Black is the successor to the Akula and features a similar design and philosophy.

The major difference is that this ship is on a much larger scale and comes equipped with the latest technological advances. Featuring a large docking bay, internal meeting rooms and an intimidating first-class interior, as well as an impressive array of armaments and very solid defense, The Black is a formidable opponent for not only individual ships, but entire fleets! This ship is ready to take on entire space ports and even planets by itself. This is one you hope you’ll never have to go up against! 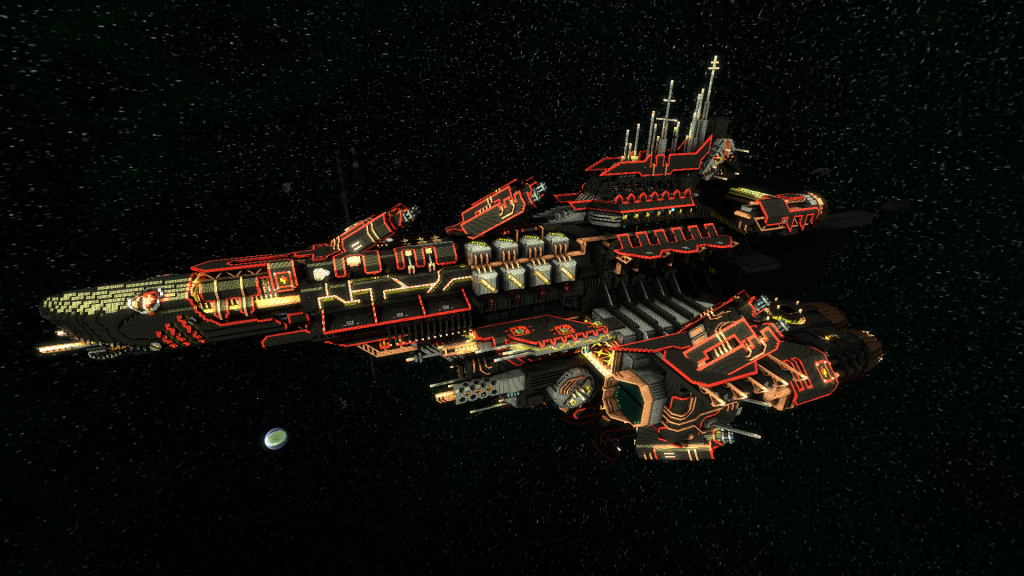 See the Vast Universe with EnviousHost

If conquering space stations, devouring planetoids, blowing up space pirates and exploring the infinite universe sound like something you could be into, then you’ve got to grab your own StarMade server with EnviousHost! Craft a ship to your exact liking and go out to leave your mark in space…if you dare!