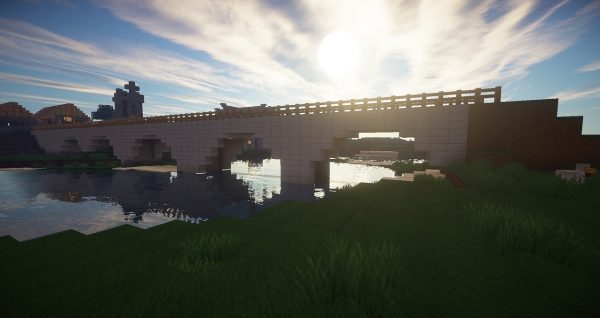 Without a doubt, Minecraft is one of the most successful indie games to ever grace the video games industry. And, it’s showing no signs of slowing down, five years after its initial release. That’s an impressive feat for a game developed by only a small team. It’s even more impressive when you consider the visuals of the game which, frankly, are not really something to gawk at. Yes, graphics don’t define a game, but still. So what, exactly, makes it standout and continue to be one of the most popular games around?

It’s Easily Accessible to Everyone

Minecraft is currently available for the PC, Mac, Linux, Xbox 360, Xbox One, PS4, PS3, PS Vita, Wii U, and smartphones. This allows you to easily jump into the game if you own at least one of the aforementioned gaming platforms. And, because it’s spread out across numerous platforms, the game has a high level of visibility and exposure. This means it has an easy command over word-of-mouth marketing, a coveted and sometimes underappreciated marketing tool.

The game’s accessibility also stems from its simple gameplay, which primarily centers on putting together blocks to create…well, whatever your imagination dictates. The gameplay is easy enough for anyone to grasp without much trouble. Heck, even a six-year-old can easily learn the mechanics. You don’t need to have a very specific skillset to play Minecraft unlike, let’s say, shooter games.

It Has an Open-Ended and Non-Linear Gameplay

First and foremost, Minecraft has no actual goal for you to worry about. You can do whatever you want in the game. If you want to be an explorer, the game features a virtually endless world for you to obsess over. If you want to be a warrior, the game offers various blocky monsters to take on. And if you want to be an artist, the game has a mode that allows you to simply build structures to your heart’s content. Minecraft’s lack of a predefined premise gives you the chance to really play the game in your own way. The game doesn’t send you out on adventures – you create them.

It Has Continuous Developer and Community Support

Much of Minecraft’s continued success can be attributed to the never-ending support it receives. On the developer side, the game regularly gets new content through updates. This is particularly important in keeping a game relevant in today’s age of endless sequels, rehashes, and re-masters. And on the community side, the game receives a steady supply of mods. This two-pronged support allows Minecraft to have unparalleled replay value, extending its lifespan.

On a related note, the Minecraft community is arguably one of the friendlier places to be in. This is courtesy of the game’s lesser focus on competition (although your competitive fire can still be fanned if you know which servers to dive into). You are less likely to walk away from and bash Minecraft from a distance due to a toxic community like (again) in shooter games or perhaps MOBAs.

Taking all those points above, I think it’s safe to assume Minecraft will be around for a long time. It has even crossed over to the virtual reality world now, the next frontier in gaming.

Why do you think Minecraft is so popular?  We’d love to hear from you!