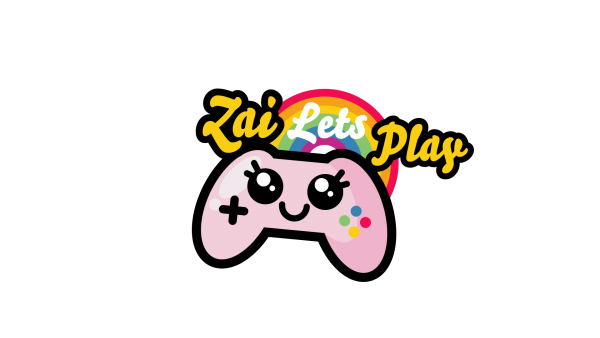 This week, Zai (ZaiLetsPlay) joins us for an interview. EnviousHost sponsors her server, and she’s an amazing gamer.  She was super sweet to let me ask her some questions so all of you can get to know her better.

Me: Time for icebreaker questions! Thank you so much for doing this interview.  You’re a great, consistent player, and I’m sure the EnviousHost community would love to get to know you better. So…what’s your favorite color?  Lame?  I think it’s cool to know.

Yellow is my favorite color, with coral being a close second!

Me: Both are great colors!

Me: What kind of music do you listen to?

I will listen to just about anything; it just depends on my mood. My go to genre of music to get me in the mood to record is rap or pop music!

Me: How long have you been gaming?

I started gaming around the age of 13. I was hooked on pc games. I never really got that into console games besides games like Dance Dance Revolution ( I thought I was a pro! Lol).

Me: How long have you been playing Minecraft?

Me: What other games do you play?

At the moment I play Roblox, Sims 4, and once in a while Overwatch.

Me: Which is your favorite?

Picking my favorite game is difficult because I like each game for different reasons, I would say it’s a tie between Minecraft and Roblox.

I would also include Overwatch if it didn’t make me rage so much!

Me: How long have you been making videos?

Me: How do you get ideas or inspiration for your videos?

I’m constantly thinking about new ideas for videos. My subscribers are also a huge influence; I try to incorporate topics into my roleplays that they can relate to.

Me: Which channels can you be found on?

Zailetsplay is my main channel, and I have a second channel with Ricky (Biggs87x) called Ricky And Zai.

Me: How many subs do you have?

I have 235k subscribers!

Me: Which YouTube (or Twitch or whatever else) video of yours has the most views?

Me: What is your favorite YouTube video you’ve ever made?

It’s hard to pick just one, but if I had to I would say it’s my engagement video. It was such a special moment and I couldn’t wait to share it with my subscribers who are like family to me!

Me: I watched that one, and I loved it!

Me: What’s your schedule for posting and livestreaming?

I upload two videos every day, and livestream three times a week.

Roblox videos are up daily, with Minecraft being uploaded Tuesday/Wednesday/Saturday/Sunday.

Me: Which games are really popular right now? Why do you think they’re popular?

Roblox is very popular at the moment, I think its doing so well because its free to play and there constantly new mini-games being released. If you’re more into shooting games you can play Roblox: Phantom Forces and if you’re into roleplaying you can play Roblox High School. Roblox has so much variety!

Me: What’s “hot” right now in Minecraft? What isn’t?

The cool things in Minecraft in my opinion are roleplays and building. Although roleplays have died down a little, I think they still have a great backing! Anything build related in Minecraft right now like how to’s and transformations are doing well! People seem to be really into being shown new and creative things to build in Minecraft.

What’s not hot in Minecraft is single player let’s plays. I don’t think they are dead, but they are definitely not as popular as they once were. I think it’s because everyone knows how to play Minecraft now. Let’s plays can only be so different, people want to see something new and fresh!

Me: What benefits are there to posting videos and doing livestreams?

Livestreams are great because there is an immediate interaction with your subs. It feels like your just hanging out with friends playing video games!

Me: What are the downsides?

The downside to making videos is, you’re having to constantly think of new ideas all day everyday. There is no off switch when Youtube is your job.

The downside to streams are you try our best to interact with as many people as possible, but sometimes it can be challenging to play a game, and read all the comments coming in at the same time.

Me: Do you have a separate job or do you do this full-time?

Me: Do you have any tips for those who may want to game professionally or make a living from doing gaming videos and livestreams?

My tip for anyone who wants to start Youtube is, make videos on the things you love. Don’t start Youtube with views and sub counts in mind, just have fun with it. Also, remember that its hard work! It might not seem like it, but YouTube is a 24/7 job for a lot of people. Don’t underestimate the effort and work you will have to put into it.

Me: Any events coming up you’d tell our EH community about?

At the moment I don’t have any events besides livestreams every Wednesday, Saturday and Sunday!

Me: Anything else you’d like to tell us? Just tell me things!

In 2013 I graduated from CSULB with a BA in Child Development. While working on my degree I was a full time student, I had an internship as a preschool teacher and was doing YouTube full time.

How did you like this interview? Let us know what you’d like to read next in our blog!