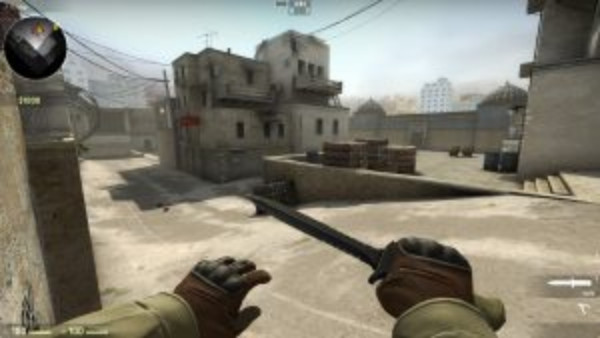 Counter-Strike:Global Offensive is so widely recognized now that it’s easy to forget that Counter-Strike started off as merely a mod for a little game called Half-Life. With the release of the fourth and current installment back in 2012, the series has truly become a global phenomenon (okay, bad pun). To commemorate the series’ 16 years in existence – the first game was “officially” released in 2000 – here are 16 interesting facts that you need to know about CS: GO.

1.  Originally, the plan was for CS: GO to feature cross-platform multiplayer between the PC, Mac, and PS3. That would have been the first time a big-name game allowed players to beat the crap out of each other regardless of platform. Ultimately though, Valve removed the PS3 from the picture.

2.  The Molotov cocktail (for the terrorists) and the Incendiary grenade (for the counter-terrorists) made their debut in CS: GO. But despite similar effects, the former actually does more damage.

3.  Speaking of these firebombs, you can easily extinguish their flames by deploying a smoke grenade. Alternatively, you can just walk around them, if possible, to save your smoke for more important things – like blinding your own teammates.

4.  Weapon finishes and other cosmetic items did not arrive until after the game was released. So, players were all equal in terms of weapon aesthetics at the onset and none can say their weapons are way cooler.

5.  CS: GO was originally conceived as a port of Counter-Strike: Source, the third main installment in the series, for the Xbox 360. Valve, however, saw an opportunity to expand it and pounced. And, like with many of their decisions, it produced a gold mine.

6.  Previous Counter-Strike games featured only one voice actor for the radio commands for all factions – both bots and players. CS: GO is the first installment to relieve players’ ears from the familiar voice of Jeff Cliffe (one of the series’ creators).

7.  Good luck trying to catch your own shadow in the game a la Peter Pan, because you’ll be in for quite an impossible task – the POV cam does not have a shadow render.

8.  One of the most annoying things as a counter-terrorist is diffusing a bomb obscured by a smoke grenade. If you get tired squinting your eyes, you can simply turn back on the tutorials. This spoon-feeds you the location behind the veil of smoke.

9.  A big fan of both CS: GO and Team Fortress 2? The next time you find yourself in de_train, look for the radio sitting on a table. It plays the Team Fortress 2 theme song, which gives you the ambience of both games (sort of).

10.  Over the years, the famed AWP was treated to a lot of nerfs, no thanks to its almost unfair power. That hasn’t stopped players from still utilizing it, though. The AWP is arguably still the most overpowered weapon in CS: GO.

11.  Ever been in a situation where an ATM inexplicably refuses to fork over your cash and you have the incredible urge to kick the shit out of it? Well, you can take out your frustration at the Overpass map. If you repeatedly shoot the ATMs around the map, they’ll cough up cash.

12.  In case you’re worried about giving away your location, switching weapons can’t be heard by your enemies. No matter what kind of weapon you’re switching from and into.

13.  Tired of the same old English in-game language? You can change it to pirate language by tweaking things in the launch options. And no, it’s not a language used by illegal downloaders.

14.  Want to slice up your enemies in style with a customized knife? Think again; it actually costs a lot more than buying paint jobs for your trusty pistol.

15.  As of September 27, 2016, CS: GO has handed out a total of $20,465,857.49 in prize money, spread across 1813 tournaments, according to E-Sports Earnings. That grand total is undeniably eye-popping, but the bigger question is: Who the heck awarded money with the cents not rounded up?

16.  And on a related note, the top CS: GO player hails not from Russia, as many presume, but from Sweden. Robin Rönnquist currently sits on the throne with a total of $379,636.40 raked in from competitive skirmishes.