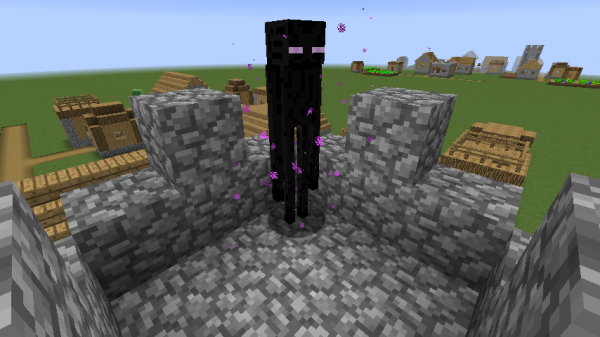 Minecraft mobs pose one of the most challenging elements of the game. Whether you’re hunting them down to feed on their delicious meat, or evading them to prevent certain death, mobs will always find a way to sneak up on you and cause you problems.

To make your life easier, we have compiled five of the most common mob problems, with suggestions on how to get around them. Are you regularly cleaning up after creepers or under attack from crossbow-wielding killer skeletons? Have no fear — the solution is here. 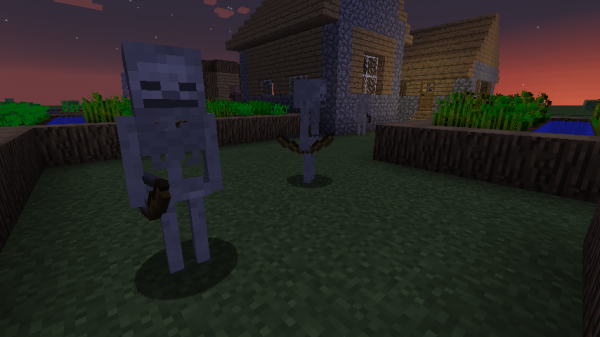 If you’ve ever been caught far from home in the darkness, you’ll appreciate the risk that skeletons pose. With the ability to see a player within 16 blocks, not to mention their tendency to climb, jump, and swim at a rate that makes escape occasionally impossible, skeletons can be a real thorn (or arrow) in your side. Luckily, man’s best friend is there to help you.

You know what skeletons are made from? Bones. You know which animal loves bones? Dogs! While there are no dogs in Minecraft, there are plenty of wolves; a dog’s aggressive, predatory, super-charged canine cousin. Tame a wolf by feeding it bones, and then lure it to your house before commanding it to sit down. The next time it sees a skeleton looking shifty around your property, it will take care of business. Problem solved. 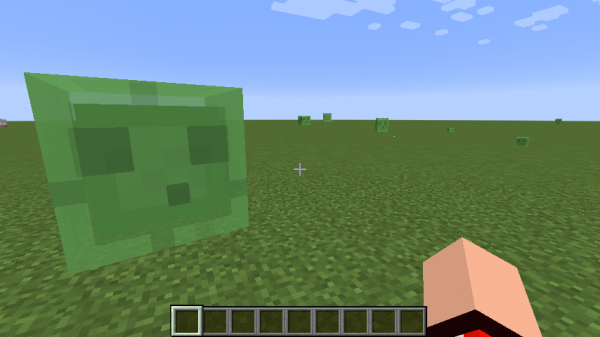 If you’re a fan of creative mode, you will have probably opted for a super-flat world by now. A flat world eliminates the many elements of a regular Minecraft world that serve to make build projects difficult, giving you a blank canvas on which to create.

One of the most annoying elements of a flat world though is the amount of slimes that show up. Not only do they keep encroaching on your buildings, but they also make a ridiculously annoying sound that is enough to drive anyone insane. Solve this problem easily by going to Options and setting the Difficulty to Peaceful. Problem solved.

Minecraft’s own de facto mascot, the creeper, is possibly the most annoying mob of all. You’ve just finished your masterpiece, the building you’ve been constructing for hours, only to turn your back for a second and find a gaping hole in the structure where a creeper has blown up. It’s frustrating, and it’s also unnecessary.

Just like using wolves to get rid of skeletons, ocelots will prevent creepers from coming near your dwelling. Simply tame an ocelot with an uncooked fish and then lure it to your home. It will roam the area, and creepers will do everything to stay out of its way. Problem solved.

One of Minecraft’s most sinister mobs, the enderman, is dangerous not only for its speed and its hostile nature, but also for its ability to teleport. Endermen will steal blocks from you in an attempt to draw your attention. Don’t look them in the eye though, as even looking at an enderman from 64 blocks away will enrage them, and they’ll be in your face before you can say ‘game over’.

One way to tackle endermen is to fashion a helmet from a pumpkin. While this will provide no actual armor value, it will allow you to look directly at an enderman without it becoming hostile and charging towards you. With your pumpkin helmet, take on an enderman with a diamond sword in an effort to collect a valuable ender pearl, which can be used to access the End. Problem solved.

Animals are vital to survival in Minecraft for their meat, but also for the food they produce, such as eggs and milk, and the benefits of their fur and wool. While you may encounter plenty of animals on your travels, it can be difficult to lead them to your farm, open the gate, herd them inside, and then close the gate before they escape. While this may be the way farmers do it in real life, this is Minecraft, and there’s a much easier way.

First, dig a broad pit that is two blocks deep all around. Make sure there’s plenty of room, as this method allows you to gather a great amount of animals at once. Next, find the animal you’re looking to farm and lure them to your pit using wheat, a carrot, a seed, a potato, or beetroot. Simply drop into the pit and the animal will follow you; with the pit being two blocks high, they will be trapped in there for as long as you need.

When you’ve collected all the animals you wish to, separate the pit into different sections using wooden fence, and lure one type of animal at a time into a different section using that animal’s corresponding favorite food. This will allow you to turn your animal pit into an attractive, efficient, and functional farm. Problem solved.

We hope this article helped you with your mob problems.  Enjoy your weekend!