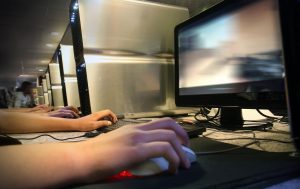 Surpassing Minecraft sales by a good margin, CS:GO or Counterstrike Global Offensive has now become the best-selling PC game. Since August 2012, its sales have reached a whopping 25 million units, whooping Minecraft’s behind by 500,000 units more.

Some say that the numbers are a result of manipulative practices. But money talks, and it says CS:GO is a go and still going. Besides, there are other factors in play, making it the best-selling game by most people’s standards.

It is important to remember that CS:GO or Counterstrike Global Offensive has a massive community, which, Valve says, is partly responsible for beating Minecraft’s numbers. So even if it’s just an updated version of the Counter Strike franchise, the response and support would be just as massive.

It is also one of the world’s most popular eSport games that brings out a healthy competition among gamers and competitors alike. As a PC game, it takes competition to a higher level, while helping players improve their skills. Who would say no to this?

CS:GO or Counterstrike Global Offensive also presents a playing style that draws players with different skill levels. Whether you’re a novice or a veteran, you can play CS:GO and use it as a means to improve your skills. Professional players, on the other hand, use the platform to compete at the highest level and take home huge prizes, including the kind of recognition that would make anyone puff out their chest.

The PC game is also one of the Top 5 most played games on Steam, proudly taking the second spot. At #2, it has over 300,000 players playing concurrent on a daily basis. The #1 spot belongs to Valve’s Dota 2, which is unquestioningly a major heavy hitter. With over 700,000 concurrent players against CS:GO’s numbers, it definitely deserves the top spot.

Why isn’t Dota 2 raking in sales? Because it’s free to play with only microtransactions for when players want to improve the look of their character. Mostly cosmetics, that is.

With these factors, along with the game’s popularity, it shouldn’t come as a surprise that CS:GO is now the best-selling PC game in Steam’s history. Admittedly, the figure of 25 million units includes multiple copies bought for testing purposes or for use with smurf accounts.

There are rumors that the numbers include banned owners, skin trading and other practices that have little to do with enjoying and playing the game. But because of the game’s low cost, buying more than one copy is anyone’s prerogative. Each unit sold is still considered a sale, regardless if it is owned by the same player.

CS:GO or Counterstrike Global Offensive sells for around $15, or as low as $7.5 to $5 during a sale. What started out as a mod for Half Life is now taking the world by storm. Despite the numerous competitive FPS constantly emerging in the market, Counter Strike remains as the one game that revolutionized the FPS genre.

This PC game is the fourth in the main Counter-Strike franchise, a multiplayer first-person shooter developed by Valve Corporation and Hidden Path Entertainment.