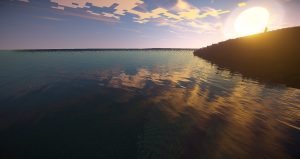 Hey, guys! This week, I will go through the basic and advanced uses of WorldEdit as of 1.10. Here, you will learn basic block manipulation, shape creation, use of the clipboard, and some of the commands.

So you just popped out of the block by block stage and you want to use WorldEdit, right? Well, there are some basic concepts you need to understand.

S1.1 – Area Selection
The first command that rules them all!
//wand
This command gives you the WorldEdit wand, or better known as ‘the wooden axe’ (Hey, it’s in preview picture!)
The basics of the axe is that it allows you to select Cuboids, which means a rectangular area of space.
With the wand you left click to select the 1st Point and then right click to select the 2nd Point.

There is also a range of other commands to select a cuboid region, but the wand is generally enough:

Other commands that selects regions are:

S1.2 – Area Modification
After learning how to select areas and chunks, you probably want to do something with them, like filling it up with TNT or maybe deleting everything inside. The most basic command is:
//set block, and this command basically fills up the entire area selected with the block set. You can add multiple blocks to this command, and each block should be separated by a comma. Percentages can also be used. When you want to delete the selected area, //set 0 will make every block air, thus deleting them.

//replace list of blocks to replace blocks to replace with
This command replaces certain blocks in the selected area with the block you selected. Each part of the command can have multiple blocks and percentages just like //set.
You can also use //replace to fill in empty space by replacing the air blocks (which is 0)

//outline block
This command covers each side of your selected region and leaves the center blank, however, if you only want the side walls covered, the command
//walls block does the trick of doing so.

One bukkit only command is //regen, which makes it so that the selected region actually reverts to its original seed blocks, isn’t that cool!?

S2.1 – Copying and Pasting
Copying and pasting may seem very straight forward but many WorldEdit users facedesk every time they try to even operate it. The commands are simply //copy and //paste but the hard part is the way it works. When you select a region and copy it, the blocks you copied are copied relative to you from the region, and it also means when you paste, the blocks are pasted relative to your position from the copied region.

If that confused you, here’s a diagram explaining what happens!

Also, to make your life easier, you can type //paste -a and that would paste everything but air, meaning if you paste a chandelier into your castle the roof wont be replaced by air.  🙂

S2.2 – Rotating
Rotating is the same deal but even more mind boggling. Some players never even heard of this before because its even more confusing to use. The command is //rotate angle

S2.3 – Flipping
Now for even more facedesking, flipping is like rotating but 10x more confusing to handle. Basically, the command is//flip direction
Now you don’t actually have to type in a direction, it’s much easier to look at the direction you want the clipboard to be flipped then type the command.

Also, typing //flip -p flips it around you rather than the flip plane.  Does that help?

After mastering the regions and the clipboard, another tool to master is the almighty brush. Typing //brush will bring up the basic help bar with tons of confusing options. The option gets bound to the item in your hand when you use the command so try to stick with a particular item. I prefer the wooden shovel! To paint with the brush right click and the brush will paste onto the surface you are directly looking at. So lets start with basic commands:

//mask block list will limit the brush to only change the blocks listed. Type //mask to disable a mask after it’s enabled.

TIP: To make your brush an eraser, simply set the block to 0, it will then replace all blocks with air!

//mat block will change the material used by your current brush, this saves a lot of time because you don’t need to rewrite the entire brush command again.

Also, if you want to make your mountain look more natural, you can use the command //naturalize? and WorldEdit will automatically add a layer of grass and dirt to the selected area of your mountain.

Shape generation is quite straight forward and much easier to use that the brushes and clipboard. The commands are:

From top to bottom the commands make cylinders, hollow cylinders, spheres, hollow spheres, pyramids, and hollow pyramids. You are the center point of all the shape generations so be wary of where you stand when creating shapes.

There are also some useful commands provided by WorldEdit and can save so much time by utilizing them correctly.

WARNING: WorldEdit is a powerful tool, however, with much power comes great responsibility. If the changes are too large, you will risk crashing the server and losing your work up to the last backup/save. Nobody wants to lose work, so please know your server limits with world edit.

Plus, this should never be an issue with good servers but be careful of lag spikes and temporary client crashes when editing over a million blocks at a time. (It’s actually not that large of a space)