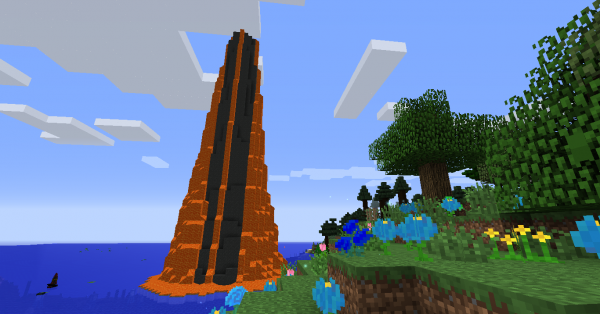 Mod Pack of The Month: The Crack Pack

April has arrived and that means we have a new Mod Pack of the Month. This time? The Crack Pack!

Crack Pack is the official Minecraft Mod Pack of the team MindCrack. This mod pack is specifically designed to encourage the players to explore the vast world and discover new wonders, arts, and items. If finding new places, scenic landscapes, epic land marks, and abandoned ruins sounds like a good time, then this mod pack is just for you. This pack brings vanilla seed generation to life by adding dozens of new biomes and magical things that sprout almost everywhere. This pack also adds wonderful landscapes, landmarks, and breathtaking locations – including lava-filled volcanoes, gigantic trees, and so much more. The pack is also focused on technological advancement with parallel magical tiers. Both the new technology and magical realm can be used to create mechanical automation that will make your Minecraft life easier. The Crack Pack mod pack is not a pack that will make your life difficult – it is in fact a pack that will make it easier and a lot more interesting by giving more content for extended game time. The Pack also features a lot of admin-based assistance such as an admin command toolbox mod that adds admin and op-based commands to better facilitate the server.

The pack features a lot of content under the two main categories; from Redstone-based items and steam-powered contraptions to computers and space travels for technology. From blood magic and witchcraft to all kinds of elemental magic for the magician in you. It also features a lot of incentives for exploration. So whatever you’re keen of doing – this mod pack always has something new for you.

Exploration-wise this mod features new a couple of new dimensions, ruins, epic landscapes, and new dungeons that will greatly reward those who venture them. New biomes and content, as well as new means of travelling them, make exploration even more interesting. If you really want to experience something new, you can even visit the moon! Customization mods and admin mods are also present to enhance server gameplay and the pack doesn’t run short on aesthetic mods for single player games as well.

Aside from the prerequisite core mods, this pack also includes:

Before creating a new instance of The Crack Pack, you will be prompted to choose which mods to install. Many of these are optional. Client-based mods don’t necessarily affect gameplay but it is important to remember that some servers may require certain optional mods in order for the client to join. Mismatched mods can create issues that keep you from getting approved to join a server.

Ars Magica 2 adds a wide range of magic derived from the natural elements. You can’t have too much magic right?

Enchanting Plus adds a new enchanting table that will allow you to choose which enchantments you’d like to use on your items. No more random enchantments!

Special Mobs adds a myriad of mob variation from the vanilla mob that will make your Minecraft gameplay harder and more interesting.

Tails adds an option to add wagging tails to the players’ avatars.

Damage Indicators adds a graphical HUD that will display the entity’s current health icon. This is a client-side mod.

Inventory Tweaks adds a button to instantly sort your inventory. It also features auto hot-bar refill, auto armour equip, and many other tweaks. This is a must have client-side mod.

JourneyMap adds an atlas item that will allow you to create a 2d, RPG-style map with medieval look. This is a great map mod to replace any minimap.

Shatter is a client-side mod that replaces mob death animations into something quite… spiritual.

Zan’s Minimap adds a customizable mini map with many helpful features. This is a client-side mod.

FastCraft is a client-side mod that optimizes Forge mod loader and Minecraft.

How To Install The Crack Pack Mod Pack

3.  Once you’ve downloaded the launcher, move it into a separate folder and launch the file. The launcher will download the necessary library files and once this is complete the ATLauncher will open.

4.  Press the second tab with the name “Packs” and find The Crack Pack.

5.  Press the button “New Instance” to create a client and download all the necessary files.

6.  Choose what optional mods to install. Proceed with the installation to get your own The Crack Pack Mod Pack client.

The Crack Pack is one of the few mod packs that uses over 200 mods and therefore uses a lot of client memory. In order to launch the client, make sure to adjust your launcher to have 2048 maximum RAM by going to Settings > Java/Minecraft > Maximum Memory/RAM.

EnviousHost is now hosting a trial server for the entire month of April where we will feature our Mod Pack of the Month. If you want to join this month’s MOTM, install The Crack Pack mod pack via ATLauncher and log in to our demo server here to join the others as they try to combine both magic and technology.