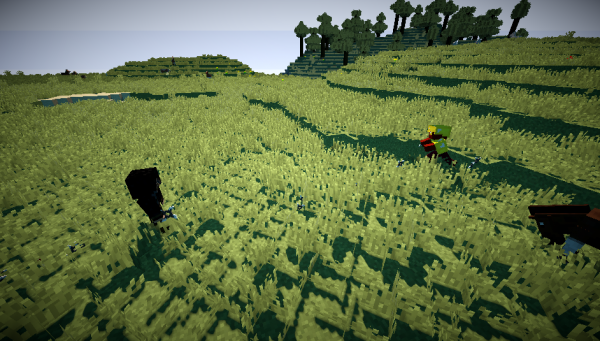 Many people have been waiting for this day to come. Well, it’s finally here!

According to an official announcement from Mojang, Minecrafters will be able to change their usernames! Players can finally update their username while still keeping the same account. There are, of course, going to be rules.

Here is a Q&A direct from Mojang that explains how everything is going to work, and puts a few rumors to rest. We hope this answers all of your questions.

Straight from the horse’s mouth! In less than a month and a half, everyone will have the ability to modify usernames. It won’t cost anything extra, and it will not affect bans whatsoever.

How To Change Your Minecraft Name

All name changes will take effect immediately, however, changing back or changing to another name right after is not allowed. A user will have to wait 30 days before changing his/her name again.

To keep player names unique, players may not use a name that is already being used by someone else. Names will be case sensitive though, so “jon” and “Jon” will be considered two different names.

Once your name has been changed, it will take up to 37 days for the old name to be “released” and become available – unless you are changing back, in which case it only takes 30 days.

Currently there are many names that you can’t use. Not because someone is already using it, but because someone has already registered the name and left it. On February 4, all Minecraft usernames with an unpaid (or non-premium) Minecraft account will be “released” and will be made available to everyone. If you are reserving a name for yourself or someone else now is the perfect time to call dibs.

How Will It Affect Servers

To those who are concerned with players being black listed, white listed, or banned, you can relax. The name changing feature does not affect any player data.

On servers, players that have changed their name will retain their inventories, pets, statistics, and everything that they own. Banned players will still be banned, and white listed players will still be white listed. Although it is confusing as to how Minecraft bans the same player with a different username, we have been assured that they managed to pull it off. The ban list and player data are based on players themselves and not their usernames.

For modded servers and for those that use many plugins, this name change feature should be supported by most mods by default. They are not guaranteed, no is Mojang responsible for anything that could happen within individual mods created by other teams or studios. It is best to contact the creator of the mod or the owner of a server if you have any questions.

So what are you going to change your username to? Tell us in the comments below!