Minecraft is everywhere from your mobile to your PC to your console to your bedroom! And it doesn’t stop there. Now Minecraft has begun popping up into OTHER GAMES! Check out some of our favorite Minecraft maps from another game we love – Garry’s Mod!

Disclaimer: We do not take credit nor claim ownership to the maps and work shown below. These maps have been created by some incredibly talented individuals outside of our company. And remember, these maps were created for Garry’s Mod (GMod) and will not work on any version of Minecraft. 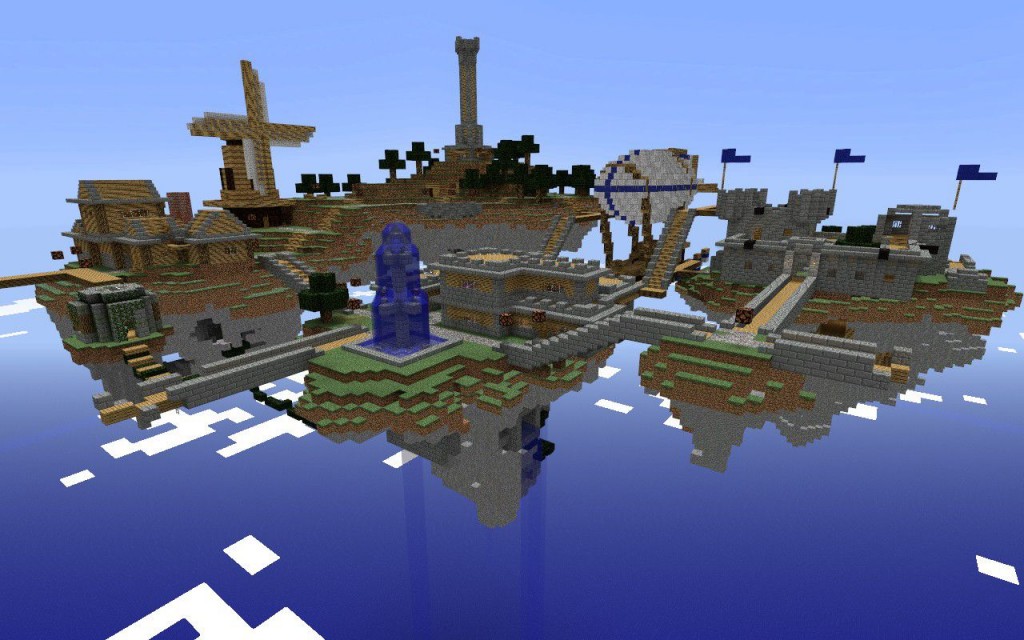 Originally published by a player who goes by Comrade Stinger, SkyIslands is a map inspired by Minecraft’s Sky-block challenges. This awesome Gmod map aims to recreate the look and feel of Minecraft INSIDE of Garry’s Mod. Set on the sky, this map features random Minecraft creations like a giant tower, a windmill, underground sewers, medieval taverns and stone fortresses. The map also features brewing stations, fully-animated chests, vines, a dynamic fountain waterall, a jukebox and an enchantment tables that explodes when it’s shot. Awesome!

SkyIslands is made for Trouble in Terrorist Town (TTT) Gmod gameplay, and has a large map-size that’s suitable for a large group of players. 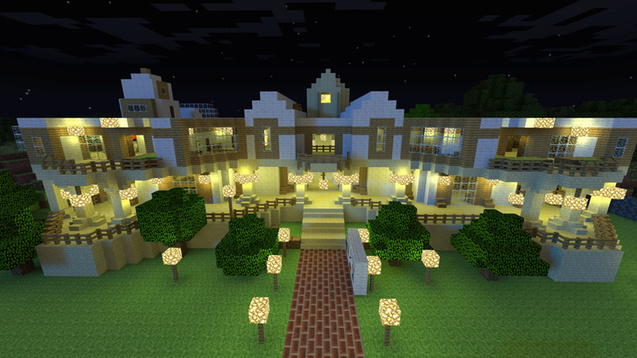 This TTT map, created by Vendetta and RedhawkJ features a sweet-looking mansion created with Minecraft blocks. Minecraft Mansion is a large TTT map that features a massive multi-roomed structure complete with a variety of traitor traps, a cellar, an extra tunnel for traitors, a ton of hidden features and one huge secret! With nice Vanilla Minecraft textures, this map features a well-made and well-thought mansion – even for Minecraft itself! As an added bonus, the map is updated regularly by its developers, so check it out!

Also made for Trouble in Terrorist Town, Minecraft b5 brings the beloved Garry’s Mode game mode into the land of Minecraftia…sort of. This map is set on a huge Minecraft island with only a few structures to be found. Most of these are located far away from each other on the corners of the island. The map also features a beautiful Minecraft-style light house. Gamewise, there are 6 traitor traps, including the ability to change water to lava, glass fall traps, exploding TNT minecarts and much more. There are even traitor rooms that act as a safehouse and a teleportation portal. This is one you won’t want to miss! 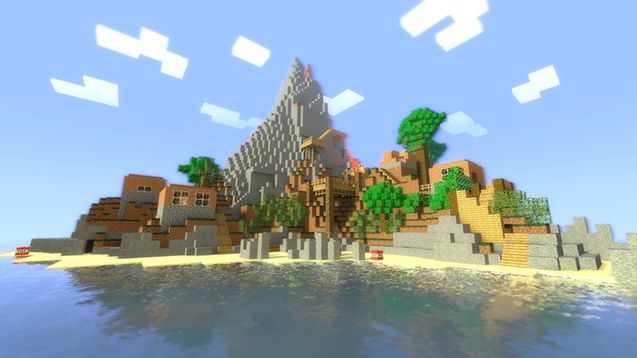 Created by Door Master and Pufulet, Minecraft Haven is perfect for anyone who loves Minecraft’s Island Survival. Minecraft Haven is set on a small island with a huge volcano right in the center. The map features several testificate-like structures, shipwreck remains, a lava-filled cave and an unbelievable Minecraft-like sky box. It’s just like playing Minecraft…with guns and shaders!

Now remember, Minecraft Haven isn’t fully complete yet. That said, this TTT map still contains many working functions with even more to come.

Another TTT map, Castillo de Fenrir was inspired by castles in Norway. This map was created by user Lobo Iberico with features like Traitor traps and a Checker. Unlike other TTT maps, though, this one is a bit more complicated. In this map, players must collect randomly-spawning ores and “smelt” them in a first-floor furnace. Once a player is able to collect and smelt two ores (iron and gold), a diamond and emerald will generate in a random place within the map. The player must find the diamond and take it to an altar. Then he/she must break the emerald’s case and take the emerald to the furnace. Once the 4 ores are mixed, the player will get the ultimate mineral. This will help achieve Innocent Victory! For the best gameplay using this map, try it with Minecraft models.

Play as You with the Minecraft Skin Changer

Garry’s Mod is Coming to EnviousHost!

In case you haven’t already heard, EnviousHost is growing! We’re going to be adding both Garry’s Mod and Counter-Strike: Global Offensives gaming servers in the next few weeks! We’ll still be offering the same reliable, lag-free Minecraft, MCPE and StarMade hosting as before, but now we’re offering even more variety! To stay up to date with EnviousHost, be sure to Like us on Facebook, Follow us on Twitter, add us on Pinterest OR subscribe to our email list.