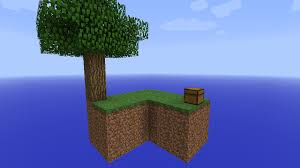 If you’re a fan of Skyblock, you’ll enjoy the SkyFactory 3 mod. If close to death starts and being on the edge is your thing, then this is one mod you don’t want to miss. First upon starting Skyblock with the SkyFactory 3 mod, you’ll notice that you start in an empty area with nothing but a tree and a piece of dirt separating you from one fall to certain death. Version three of this gives you a variety of new mods to play with that gives the player many more choices than they had before.

Another change you’ll notice is the update to storage making things more organized and accessible than ever before. Here is a quick list of other changes you’ll find with SkyFactory

These are just some of the changes you can look forward to in the Skyblock SkyFactory 3 mod. If you have been suffering from performance issues or looking for some change in your Skyblock experience this is one mod you don’t want to miss. There really is something for everyone and we hope to see you on a new journey soon!