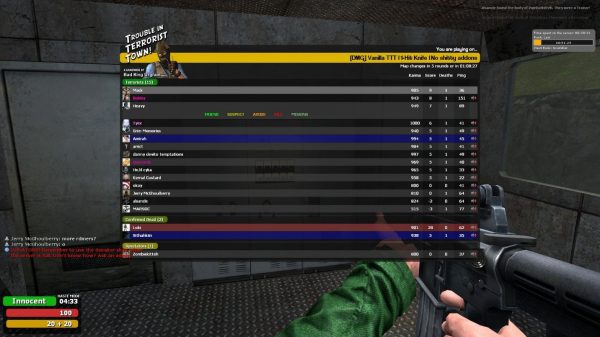 Which Terrorists can you trust? Trouble in Terrorist Town, or TTT, is an immensely popular gamemode in Garrysmod. It’s basically a wacky take on Cops and Robbers. There are two sides every round, Innocents and Traitors. Through suspicion and skill, Innocents can find and kill all of the Traitors and win the round. 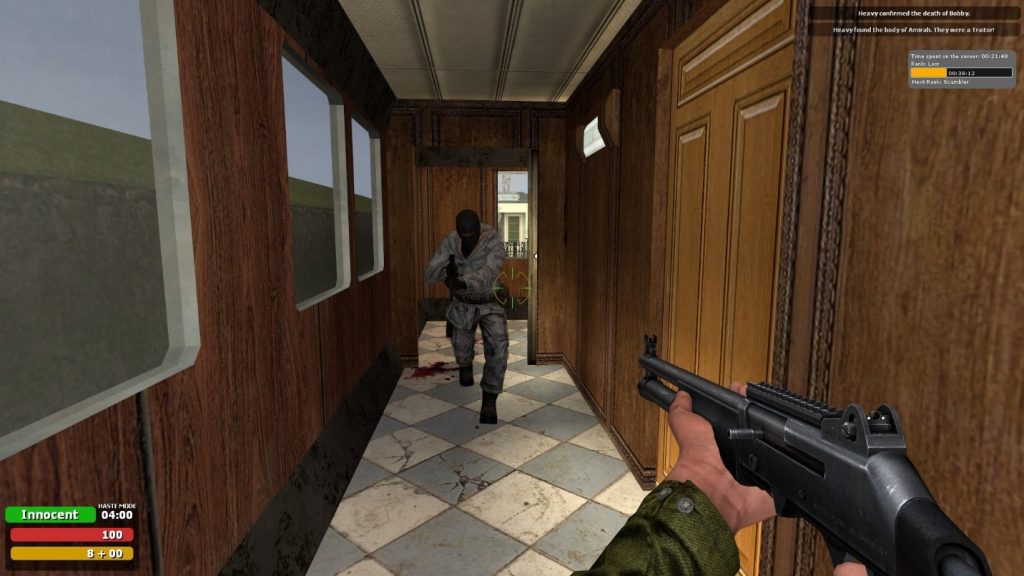 On the Innocent side, there are also Detectives who can use special equipment to track down the Traitors. But beware! Traitors have even more options to select from in order to kill all the Innocents!

During the round start, there is a timed grace period where everyone is invincible. This period can last up to a minute until the teams are selected and everyone becomes either an Innocent, Traitor, or Detective. Use this time to quickly find a weapon as you will only start out with a crowbar! 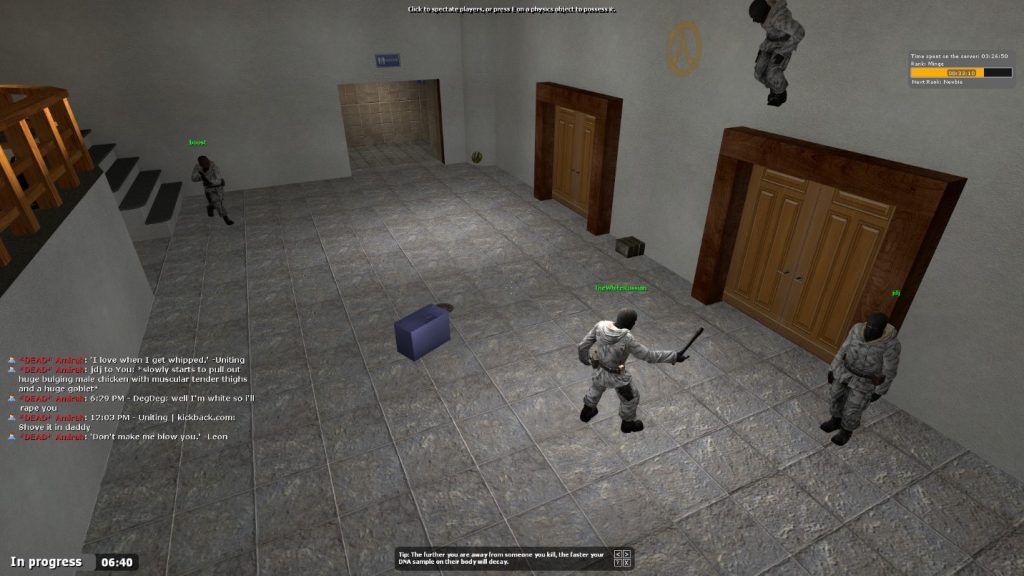 On Vanilla servers, the options for main weapons are a shotgun, MP5 (A submachinegun), M4 (An assault rifle), a sniper rifle, and M249 (a machine gun). Each one has strengths and weaknesses which typically come down to small clip size, reload time, and most importantly – range and fire rate. For pistols, players have a choice between a regular pistol and a desert eagle. Lastly, grenade options come down to smoke grenades and “Discombobulaters” which disorient other players and sends props flying.

Random killing in a TTT game will result in you being rapidly killed and most likely banned from whatever server you’re on if you are not a Traitor. Only by showing evidence or seeing a Traitor kill an innocent yourself will be satisfactory proof for everyone else. Remember, any attacking of another player will be viewed as very suspicious by other players and may result in you getting shot at or interrogated! 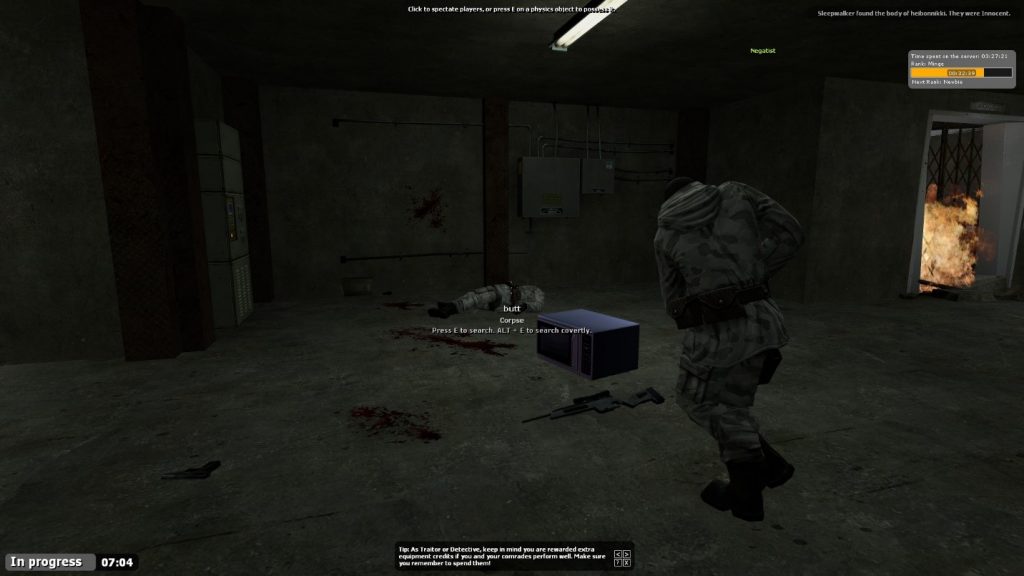 Additionally, with every incorrect killing, typically an Innocent killing another Innocent, a player’s “Karma”, visible on the TAB menu, will drop. Karma usually starts at 900 or 1000, which allows a player to deal full damage. A reduced Karma will penalize a player’s damage. 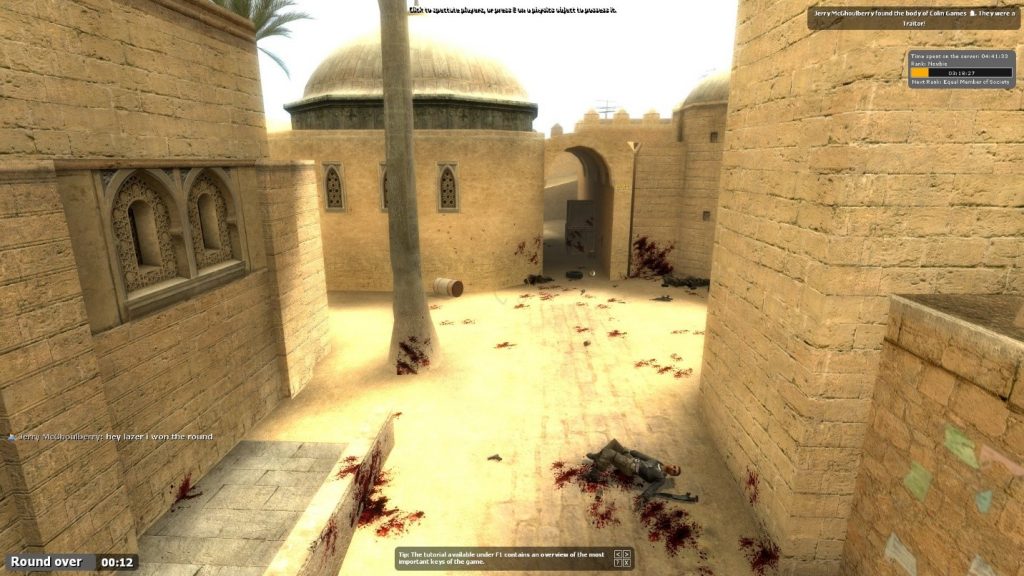 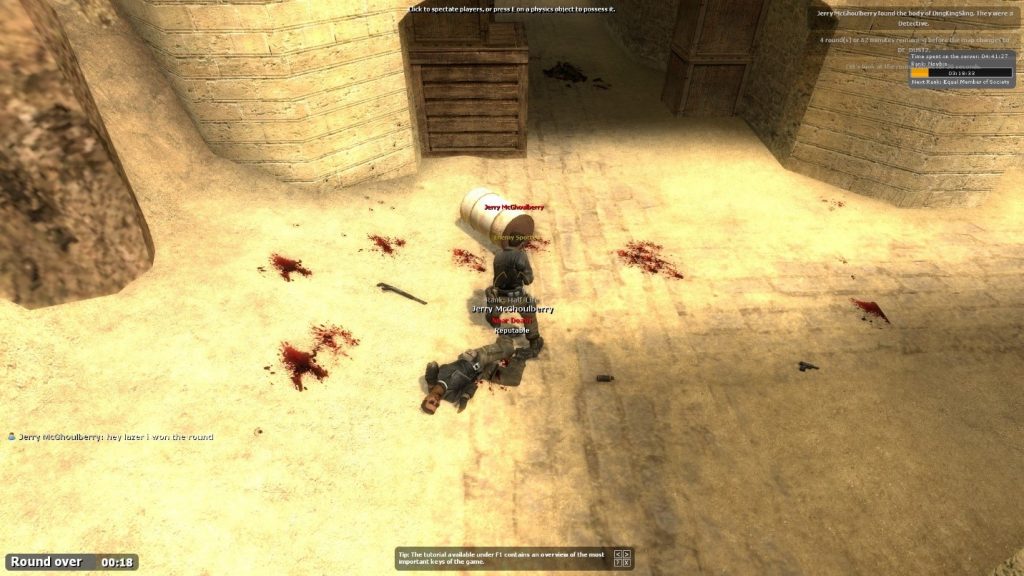 The use of a microphone will drastically increase the likelihood of survival and eventually success no matter your team. Proper communication can be fun as you can voice your suspicions to your teammates or cast doubt on others if you’re a Traitor.

Typical strategies for Innocent involve actively running around the map to avoid being trapped and staying in groups. It is not advisable to stay in one place or try and barricade yourself in a dead end. It may ultimately end up being a death trap. 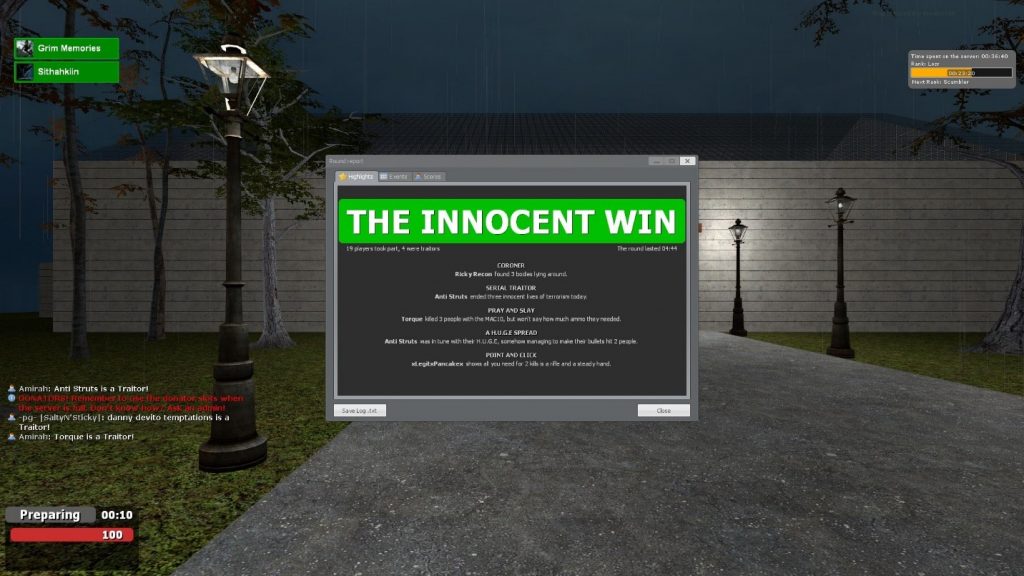