Counter-Strike is a game that will test your reflexes and your ability to strategize off the cuff. Given how fast paced this first-person shooter is, choosing an effective weapon that matches your skills could be the make or break in any competitive match. The question is: which weapon should you choose?

Valve were onto a winning formula right from the start with Counter-Strike, and the available weapons haven’t changed dramatically even from the early stages of the game’s evolution — when it was exclusively a Half-Life mod. You have just 5 weapon slots, but that’s all you’ll ever need. After all, the game is essentially a simulation that emulates the war on terror, and neither a terrorist not counter terrorist can afford to haul around a collection of clunky weapons.

Your 5 weapon slots account for a primary weapon, a pistol, a knife, grenades, and finally the bomb (or a bomb defusal kit, if you are one of the good guys.) Your ability to scroll between these weapons will define your skill as a player, as knowing when to choose each particular weapon is absolutely key to surviving a round of Counter-Strike. As for which weapon you should choose…

Your primary weapon is the most powerful offensive tool at your disposal. You may choose to purchase the classic AK-47 or M4A1, the most popular and versatile rifles, or opt for something a little more robust, such as a shotgun or even a machine gun. For the more reserved players, a scouted weapon such as an AWP or SSG may be more appropriate, but be cautious of spending too long in scoped mode as you can and will be knifed.

While your primary weapon is generally the most powerful, a pistol can be just as devastating when put to good use. The notorious Desert Eagle is capable of taking out anyone with a headshot, while Dual Berettas offer an entirely different experience their rapid fire and brilliant mechanics. The R8 Revolver is also a great option for close range fire, but can be slow and clunky on the reload. 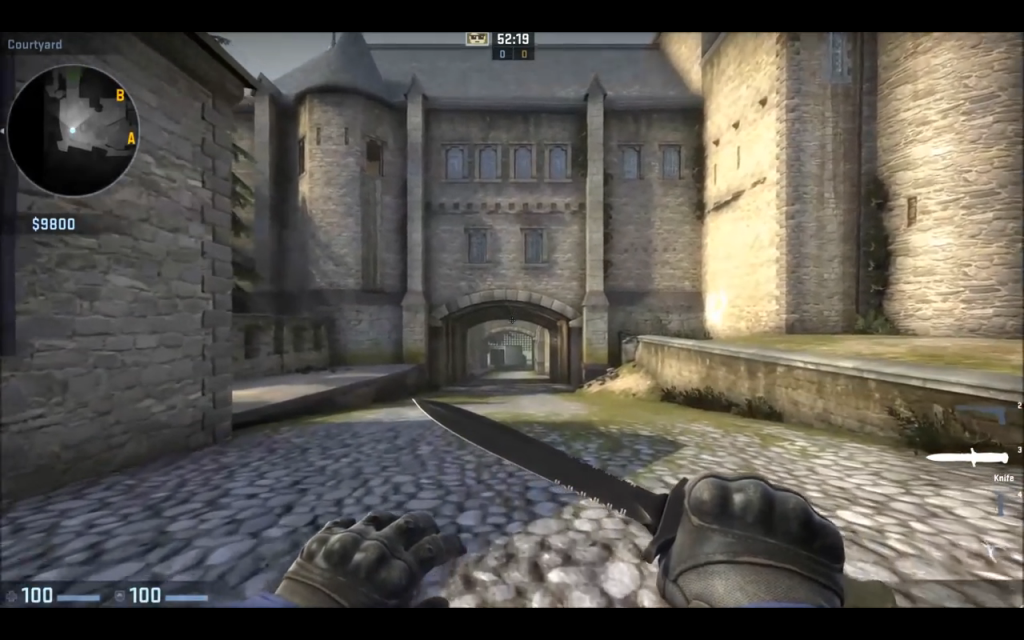 Your knife can get you out of sticky situations when you’ve ran out of bullets or simply don’t have time to reload. It can also be used to humiliate an opponent if you manage to sneak up on them, but this should only be reserved for the appropriate circumstances — when you know, you know. An added bonus is that you will run faster with your knife out. Everyone runs faster with a knife.

Grenades can offer a huge tactical advantage if you are experienced enough to use them, but can cause major headaches if you aren’t. Use the power of explosion, fire, smoke, flash, or even a decoy to organise your attacks and strengthen your defence, but do so at your own peril. Blinding, smoking out, or even burning your teammates can get you banished from a server quicker than you can say ‘molotov cocktail’.

If you’re a terrorist, the aim is to plant the bomb and defend it long enough for it to explode, or to see off the rest of the CTs. If you’re a counter terrorist, however, then your priority will always be to prevent a bomb from being planted, or to oversee its defusal. A bomb defusal kit will speed this up, and is an essential buy for competitive matches. As defusal kits can be dropped, just as a bomb can, it’s sometimes a coy tactic to buy just two kits between a 5-man team, and save your money for powerful weapons.

As with all classic FPS games, the only way to improve your gameplay is through hours and hours of practise, but this weapons guide will serve you well in choosing the right tools to sharpen your skillset.