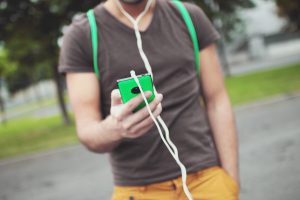 Minecraft is a popular game that can been played on many different platforms, different consoles, and different devices.  It can be played on XBox One, XBox 360, PS3, PS4, personal computers, laptops, tablets, and phones. At EnviousHost, we offer server hosting for MCPC and MCPE.  MCPC is for desktop and laptop computers.  MCPE is for mobile devices.  With that being said, it may be a personal preference between Minecraft PC and Minecraft Pocket Edition. Here are some factors to consider in order to help you make the best decision for you.

There are several main differences between Minecraft PC (MCPC) and Minecraft Pocket Edition (MCPE). I think the biggest difference is that Minecraft PC has the ability to have a lot more features and larger worlds, while Minecraft PE is much more portable.

Differences between MCPC and MCPE include:

1.  Multiplayers: Both Minecraft PC and PE allow you to play with multiplayers. However, MCPE is smaller based and you need to use an App to set it all up.

2.  Exploring Worlds: Worlds are much, much larger on PC than on PE. An average size world in Minecraft PE is roughly 256×256 in block size. In Minecraft PC it is too large for me even to begin to measure. So,  exploring worlds is at a much greater scale than PE.

3.  Portability: Minecraft Pocket Edition was created for phones and tablets and is much more portable than Minecraft PC. Of course you can bring your laptop with you. However, if you have a desktop it is a bit harder to travel with it. MCPE is awesome if you travel frequently.

4.  Wearing Mob Heads: In Minecraft PC you can wear mob heads and pumpkins. However, in MCPE you can not. In fact in MCPE, your mobs appear as 2-D in your inventory.

5.  Bosses: Bosses are not in the version of MCPE. You can not make the whither and there are no end portals.

6.  MATTIS: Minecraft PE uses Mattis (Minecraft Advance Touch Technology Interface). This technology allows you to use touchscreen on your devices for gameplay.

7.  Crafting Colored Stained Glass: You can craft colored stained glass in Minecraft PC, however that feature is not yet allowed in Minecraft Pocket Edition.

8.  Game Modifications: Mods, skins, maps and other features have changed MInecraft as a whole and allow you to really modify your game play. You can do all these things in MCPE, however, it is smaller scaled and a bit more difficult.

11.  Dyeing Armor: In MCPC, you can dye your armor. This feature is not yet used in MCPE.

Overall, there are pros and cons to both Minecraft PC and PE. The one thing that we all can agree upon is Minecraft is a very awesome game!

Thanks for joining us this week.  If you have any questions or suggestions, please write us at Support@EnviousHost.com or leave us a comment below.  Have a great weekend!

One thought on “MCPC or MCPE? Which is Right for Me?”