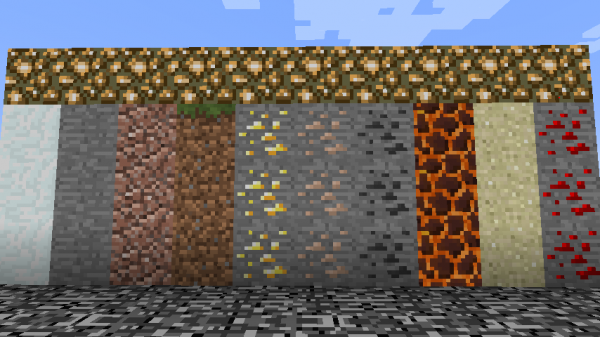 The core feature of Minecraft is to mine blocks that can then be used to craft, create, and build. With so many different variations out there, however, it can be difficult to keep track of where to find certain blocks, when you find them, and what you’re able to do with them.

To help you in your campaign, we have constructed this helpful guide on Minecraft blocks. It explains the many different blocks you can find, what you can use them to create, and what you need to be careful of when building with them. 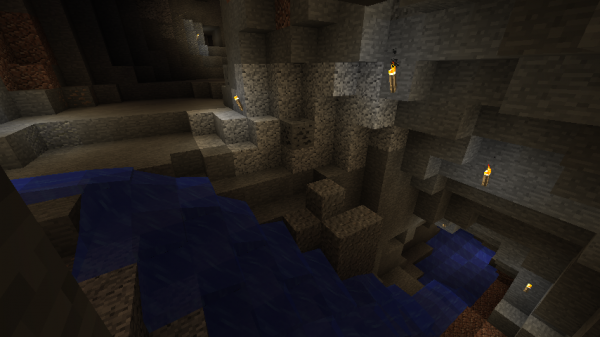 Natural blocks are those that are generated as part of the world’s terrain and core. They can be obtained by mining, digging, or collecting in buckets.

Simple materials such as grass, dirt, and sand can be mined easily by hand, though it is often easier and quicker to use a spade, particularly for underwater blocks such as clay. Stronger materials such as stone, obsidian, and the many ores must be mined using a pickaxe. One of the primary gameplay elements of Minecraft is to retrieve ores such as gold and diamond and use them to construct useful tools and weapons; you will also gain valuable experience from doing so, which can be used when enchanting.

Some natural blocks, such as netherrack and nether quartz, can only be found in the Nether, or even the End. This means you will need to construct a nether portal in order to mine these materials. Bedrock is the only block that cannot be mined, as it is indestructible.

Some materials can be mined but not obtained, such as stone. Stone will instead drop cobblestone, which must then be cooked to produce smooth stone. Mycelium, on the other hand, must be mined using enchanted tools or else will simply drop dirt. 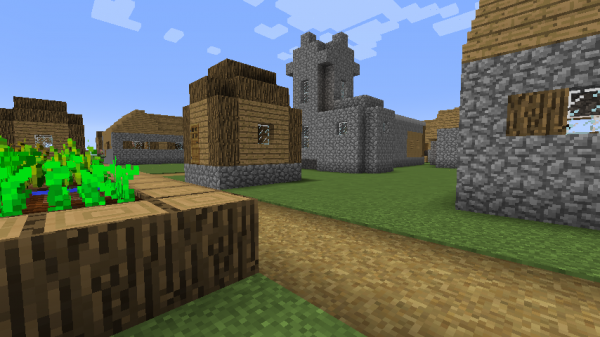 When exploring your Minecraft world, you may have stumbled upon naturally occurring structures such as villages, temples, and dungeons. While these can sometimes pose a risk of danger, they also offer an opportunity to retrieve exclusive and rare blocks.

While some of the blocks, such as stone bricks and different types of stones, can be mined to improve the aesthetics of your own structures, other blocks hold qualities that are essential to completing the primary game mission (reaching the End, defeating the Ender Dragon.)

Other blocks, such as the monster spawner, you’ll simply want to close in on and destroy before it does any more damage. Cobwebs, while initially a hindrance, can be very useful if harvested using shears, for both base defense and in creating complex redstone circuitry. 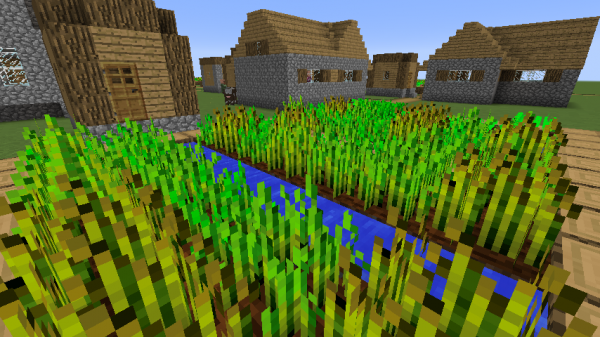 Plants are another valuable resource block in Minecraft, both for their ability to grow into useful, nourishing food, and to lure animals for the purposes of farming or, again, sustenance.

If you’re a veteran of survival mode in Minecraft, you will know that staying nourished can be difficult on meat from animals alone. Creating a vegetable patch is essential to maintain your health, and can be done quite easily through the use of seeds obtained from destroying grass, flowers, and trees.

Other plants such as cocoa beans, wheat crops, and sugar canes, while not very useful on their own are invaluable in making cakes and cookies, which are both very high in nourishment.

Of course, let’s not forget the most valuable plant block of all: the wood block. There are several different types of wood, all of which can be turned into wooden planks, sticks, and charcoal to help the player survive from the first minute of Minecraft until the last. Without wood, you wouldn’t survive for long at all. 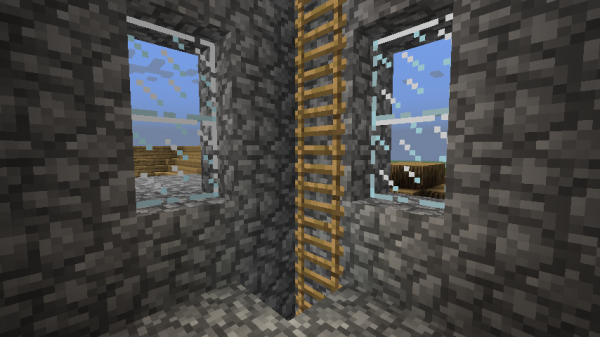 Manufactured blocks, as the name may suggest, are blocks that can only be obtained by crafting or smelting them yourself (or being lucky enough to find them in chests from naturally occurring structures). These blocks are mainly used for decoration, but some can prove very useful in quite niche circumstances.

The bookshelf for example, constructed using books and wooden planks, is a very fine decorative block, but is also essential when enchanting items. Likewise, an iron block will achieve a very sturdy structure that mobs will find difficult to destroy, but can also be used to construct an iron golem, which will prove even more useful in defending your structures from blood-thirsty monsters.

Manufactured blocks tend to be quite an open-ended list, as with further game updates, this is the category of blocks that seems to expand the furthest. Look at the many different types of wool blocks, for example, which are customizable due to the huge amount of dyes available to color them. 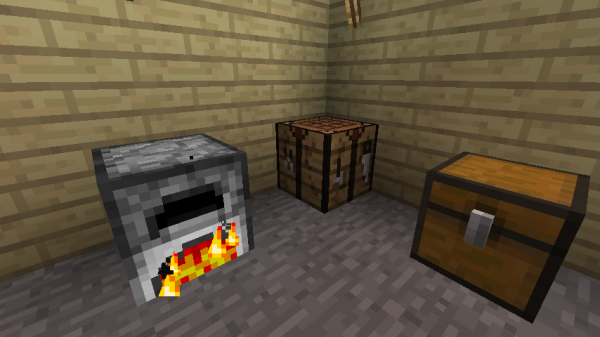 Utility blocks are arguably the most functional of all the blocks, as these were added the game specifically to serve a purpose. While some of them can be found and obtained naturally, others must be constructed using other materials.

Some utility blocks such as a chest, crafting table, furnace, and bed, are key to a successful survival campaign, and are some of the first blocks that you will learn to craft. Other more complex utility blocks include an enchanting table, a beacon, and an ender chest, which are only available to craft once the player has delved far enough into the game to justify building one.Minecraft Blo 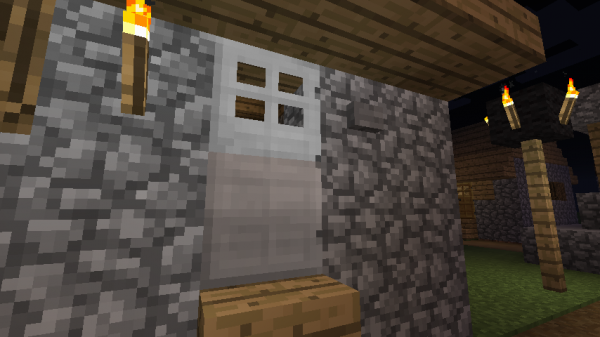 Mechanism blocks will open your mind to a world of different possibilities, as experimenting with redstone is possibly one of the most exciting things you can do in Minecraft,

Simple redstone triggers such as a lever, pressure plate, or button will keep your home safe from intruders with an iron door, while more complex mechanisms like pistons, dispensers, and lamps will allow you to construct traps, secret doorways, and complex farms to take your Minecrafting to the next level.

Using a rail system in Minecraft is also a brilliant way to get around, as well as transport items through your mining system. Using a daylight sensor will also let you know when it’s safe to come back outside, when all those pesky mobs have retreated back into the shadows.

Now you are clued up on all the different types of Minecraft blocks, venture back into your virtual world to see if you can find new ways to mine and expend the many different natural resources. You’ll be surprised how many uses they have!

Have any really cool creations? We wanna see! Contact us by commenting below!