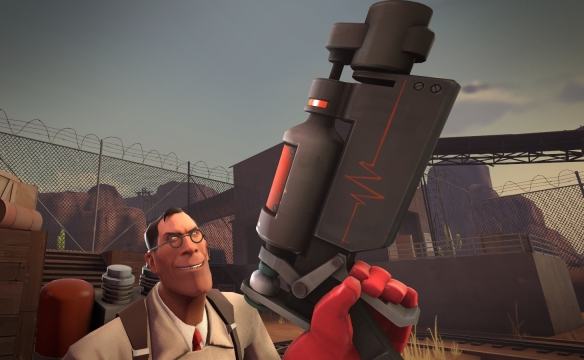 In almost every team-based multiplayer game, there are always designated support characters. These characters only have one goal: To make sure their teammates stay alive as long as possible. In Team Fortress 2, the Medic is the bona fide support character, although his primary and melee weapons may indicate otherwise. Here are some basic need-to-knows about the Medic if you want to main as him.

One last thing: Remember, your primary and melee weapons are for self-defense purposes only. Just because you’re out on the front lines most of the time with your teammates, that doesn’t mean you have to engage in combat, too.

Bonus tip: If you have a Soldier teammate, boost his Health at the start. The boosted Health will make up for the Health he will inevitably lose when he uses his patented “Rocket Jump.”