Last month on our blog, we published a post that gave you some pointers on making Minecraft more realistic. A big part of the focus there was on Immersion – getting yourself even deeper into the game.

Today, we’re going to be show you 5 Minecraft mods that will make your game so immersive you’ll think your head is turning into a cube! Ok, maybe that’s a little extreme, but these mods will definitely help you feel like you’re a part of the game!

Divisor‘s Smart Moving mod is an awesome unique mod that allows your character to crawl, climb, slide, swim, dive and move freely. With this move, you can try out Parkour, sneak around in tall grass or do a whole slew of other things that weren’t possible before. In addition to adding new ways to get around, this mod also fixes things like vine and ladder climbing and also provides new alternate animations for swimming and flying. It’s totally compatible with multiplayer mode so get ready to try some new motions with friends! 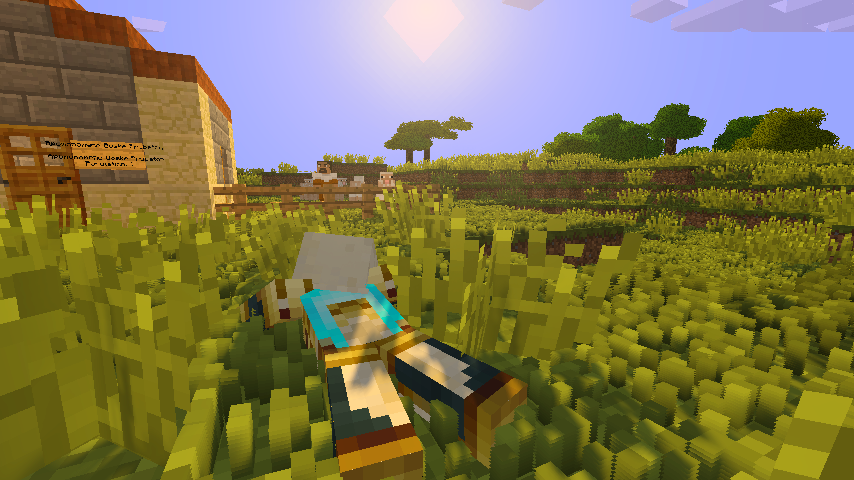 If you’ve never tried EnviroMine, you are in for a treat! This is a heavy mod with a focus on environmental realism. Created by TimbuckTato, Enviromine introduces several elements that make day-to-day survival a bit more difficult! This mod features block physics (think gravity…no more floating trees!), material integrity (blocks WILL collapse under too much weight!), temperature (Heat stroke and hypothermia are REAL!), hydration (better drink your water!), air quality (don’t suffocate!), sanity (you need some sun!), gases, food spoiling after being stored too long…and so much more!

Enviromine also adds several items and blocks to counter these new needs. The mod is very customizable so you can turn off features that you aren’t into – but, of course, the more you leave on, the more immersed in the game you’ll be able to become!

Ever wanted to set sail on the high seas? With Ships Mod, you’ll be able to create your own moving, sailing ship out of real blocks! Unlike other ship and vehicle mods, this mod doesn’t just remodel an existing entity. Ships Mod will actually let you sail off into the sunset – in real time! This is the most realistic approach to Minecraft sailing that we’ve found. Small ships won’t even need a sail, but they do require an oar for you to steer and move. Bigger ships do need sails for movement and you can change the design of your ship to make it as fast as you like. And if your ship is big enough, you can actually roam freely about the vessel as it’s moving – even the Captain! Take it from us, this mod is highly recommended! 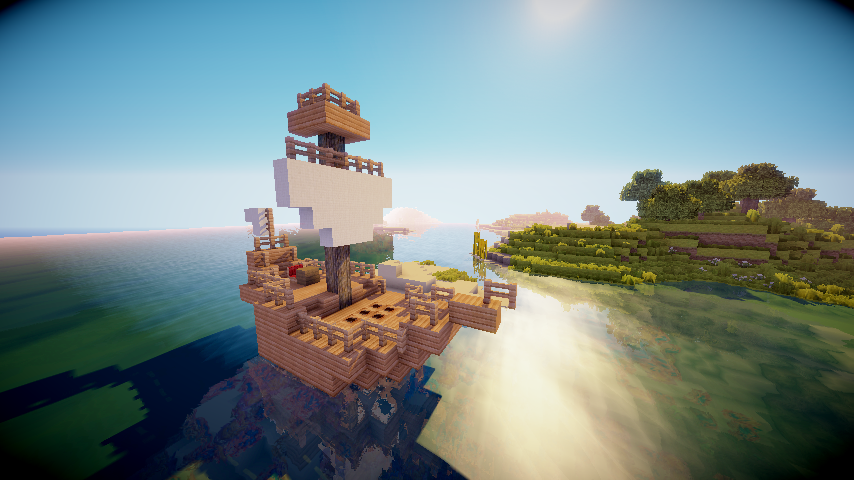 We know, we know. We’ve covered Shaders Packs before. But that is because they are AWESOME! Shaders really do make the game more realistic! Waving leaves, bright sun rays, stunning moon rings, rippling waves, reflective waters, swaying crops, sunshine sneaking through leaves, realistic shadows, motion bur effects – we could go on and on!

The Shaders Mod itself isn’t what changes your game. Rather, it allows for the game to fully utilize any Shader Packs you might want to add. Remember, Shader Packs work just like any other Resource packs.

Created by WildBamaBoy and his team, Minecraft Comes Alive (MCA), is a super popular mod that replaces Vanilla Minecraft’s testificate villagers with human NPCs you can really interact with! With this mod you can chat, exchange gifts, ask for help and even hire villagers to work for you! You can go on to become a King, ruling over villagers. You can marry a villager and even have NPC kids! This is a killer mod for hardcore players, as it even allows you to re-spawn as one of your own children when you die! MCA makes single-player gameplay waaaaaay more immersive, but also works well with multiplayer servers. You’ve gotta try this mod! 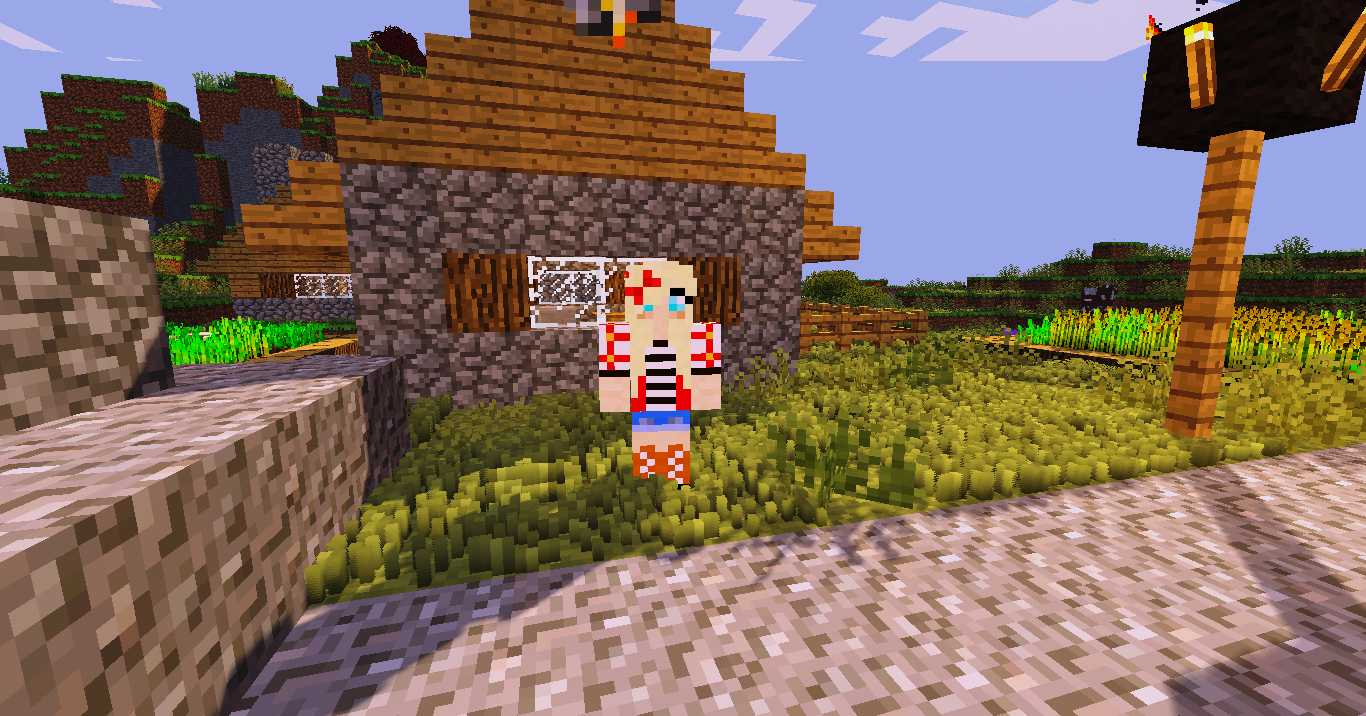 Other Immersion Mods We Love

Here are some smaller Immersion-focused mods that we recommend trying in combination with the other mods on this list:

Realistic Pain: This mod adds some sweet visual effects whenever you are hurt in the game. You can also hear the sound of a heartbeat when you’re low in health.

Gliby’s Voice Chat Mod: This is a really helpful mod when you’re playing with friends online. Talk to them in real time without the use of other software or applications!

Footpaths: This is a small mod that detects the most common paths that you and other plays take. It uses this information to create path blocks along the way. And if you take the same way too often, you’ll see grass turn to dirty grass, then to dirt and eventually into stone!

Dr. Cyano’s Lootable Bodies: Think of this mod as a “death chest” with a twist. Dead players will leave a corpse in the spot where they die. The corpse will contain the items the player possessed, enabling you to loot their treasures! You can also choose whether you want these corpses to look like skeletons or to wear the same skin as the deceased player. Creepy – and just in time for Halloween!

Dynamic Light: This is an awesome mod that makes all light sources shine when held or thrown on the ground. If you throw a torch into a dark pit, you will be able to see the bottom! If you wave a torch around in your hand, you will still be able to see where you’re going. Revolutionary!

Get Immersed in Minecraft with Your Friends

Trust us when we say we know just how easy it is to get swept up in Minecraft. And we also know that nothing beats the thrill of passing that time with your friends. Now just imagine having your own server to meet up with them and get your #GAMEON!

With EnviousHost, you can have just that. Check out our premium Minecraft servers to find the plan you and your friends need. Then grab your server and get lost in Minecraftia! You can count on us to keep you online, keep your server lag-free and keep your game rocking! Grab your own EnviousHost server today!